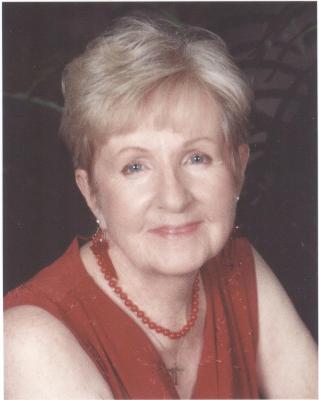 Obituary:
Dorothy Agnes Potter Hake
Born July 10, 1926 in Gretna, Nebraska
Passed away on September 30, 2016. Preceded in death by her parents Alice Lovejoy Potter and Lucien Potter, husband, Donald A. Hake, son David Hake. Survived by her daughter Lynn Delferriel (Oscar) Clearlake, Donald E. Hake, Lakeport and grandson, Chad Hake of Colorado, granddaughter, Vicki Large (Pedro), Lakeport; grandson Kevin Large, Bend, Oregon and two great granddaughters, Sereana Johnston and Haylee Walters, both of Lakeport.
The family home in Gretna, Nebraska was sold and they moved to California in 1936. After graduating from Oakland High School, Dorothy went to beauty college and worked in various shops until she opened her own in Lakeport with Glada Arnold. She married Donald Hake in 1947 in Oakland, California, and were married for 55 years.
They purchased 27 acres in Lakeport containing walnut, pear and prune trees. She also had chickens and 4-H sheep for their children. She and her husband owned a house painting business, where she was the bookkeeper.
She and her husband moved to Anchorage, Alaska where she worked for the Alaska State Troopers doing secretarial work. They decided to come back to California and lived in Willits and Clearlake until her passing. She also was a member of Lake Chapter #231 of Eastern Star in Lakeport and has her Lifetime Membership Certificate. While in Willits she joined the “Red Hats” and really enjoyed being wild and crazy.
According to her wishes there will be no service, however in the future a Celebration of Life will be held.
In lieu of flowers donations may be sent to the Lakeport volunteer Fire Department, 445 N. Main Street, Lakeport, CA 95453.

To order memorial trees or send flowers to the family in memory of Hake, Dorothy Agnes Potter, please visit our flower store.