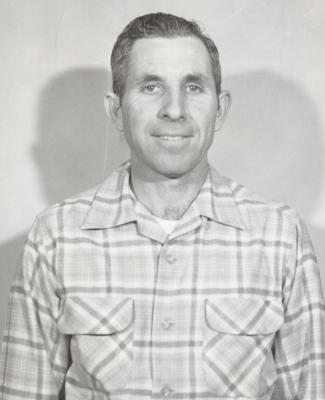 He joined the Navy in August 1942 and served on Iwo Jima. He was discharged November 1945.

He moved to California bay area in January 1947 where he worked as a carpenter, building custom homes, then moved to Ukiah in April 1949.

He was a member of the First Baptist Church in Ukiah, in which he built the office of the Pastor and McCray Hall.

Austin is survived by his longtime companion Shirley La Delle. His children Michael Hall of Guerneville, Linda Hall of Sonora and Willy Hall of Ukiah and grandson Garth Hall.

Sir Knight Austin as served has Trustee of Abell Lodge and later as a Director on the Board of Abell Lodge Temple Association. He was a General Contractor by profession and has donated many hours of work for Masonry in Ukiah.

Sir Knight Austin Hall was a Knights Templar who truly displayed those characteristics of unsullied honor, unwearied zeal in a brothers cause and universal benevolence.

Arrangements are under the direction of the Eversole Mortuary.

To order memorial trees or send flowers to the family in memory of Hall, Austin Doyle, please visit our flower store.