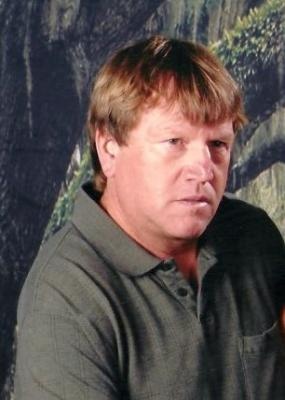 Obituary:
Joel Harrison was born on September 8th, 1956 in Wenatchee, WA. His family moved to Mendocino County when he was 9 years old. He is survived by his dedicated wife of 43 years, Marsha Harrison, his Son, Brandon Harrison and Daughter, Katie Taylor (Bryan). In addition, his Grandchildren, Kaylah Harrison, Jacob and Isaac Harrison, and Makenzy and Tessa Taylor. He absolutely adored them and was very proud of their accomplishments. Joel will always be remembered for his dedication to his family and friends. He would do absolutely anything for them and was always just a phone call away.
Joel worked as a machinist at Retech for more than 20 years and drove diesel truck until his retirement in 2008. His favorite things to do were to spend time with his family, ride his motorcycle and work on his 1955 Ford truck. In previous years he was involved in the Rusty Bowl BMX and classic car shows. During his retirement years his favorite dog Tux was always by his side.
Joel was also survived by his brothers, Jimmie and Jeff Harrison (Pam) and Herb Fouquette. As well as his sisters Jeannette Sparkman, Julie Smith and Hollie Fouquette Mendez. He also had many nieces and nephews. He is also survived by his Brother in Law’s Robert and Richard Wallis.
He was predeceased by his parents Herbert and Jeanne Fouquette and his In-laws Robert and Lois Wallis.
There will be a viewing for family and friends at Eversole Mortuary on Thursday, February 7th, 2019 from 10 a.m. to 2 p.m. Graveside services will be held Thursday, February 7th, 2019 at 3 p.m. Directly afterwards, there will be a potluck Celebration of his Life at 4581 Sunnycrest Dr in Ukiah.


To order memorial trees or send flowers to the family in memory of Harrison, Joel, please visit our flower store.