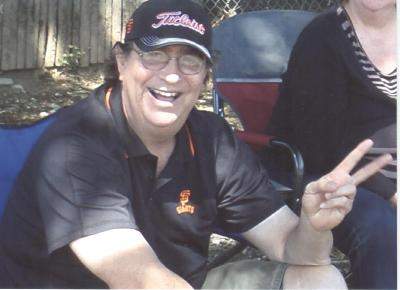 It is with great sadness that the family of John Michael Hefte announces his passing after a brief illness, on September 24, 2015 at the age of 56 years.
John was a kind soul, loved children, animals and nature. Many knew him as “Uncle John”, he was very protective of those he cared about, cooking up some mean dinners and most of all loved holidays, birthday parties, and a day on the golf course.
John will be forever remembered by his beloved family, his parents Byron (Gene) and Faye Hefte, and his brothers and sisters Leslie (Warren) Henry, Eric Hefte, Colleen Fanning, Mark Fanning and Robin Fanning-Walker. His aunt Barbara Francis and numerous nieces, nephews and cousins.
John was preceded in death by his mother Alice.
Please join us for his Celebration of Life lunch on Saturday, October 10 at noon at the Todd Grove Park.
Memorial donations in memory of John may be made to Phoenix Hospice of Willits.


To order memorial trees or send flowers to the family in memory of Hefte, John Miichael, please visit our flower store.