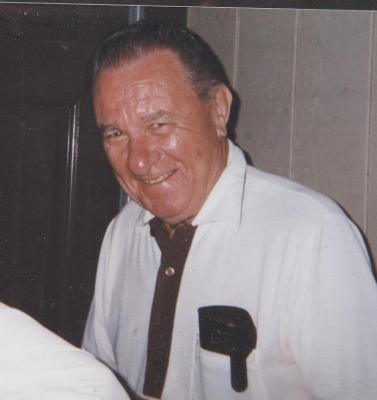 Austin entered eternal rest on June 22, 2014 after a long and courageous battle with cancer. His strength and tenacity in fighting this disease was inspirational to many.

Austin was born Nov. 18, 1933 to Eben and Chloe (Gott) Hodges in Roy, MO. He was the last of eight children. As “baby brother”, he held a special place in the hearts of his five older sisters and two brothers. Dad grew up in the Missouri Ozarks and had many fond childhood memories of carefree days spent fishing, building forts and playing on the James River. He went to school at Mt. Dale in a little brick school house that also served as the local church where his father, an ordained Southern Baptist minister, preached on Sundays.

When he came of age he joined the United States Army. We honor and thank him for his service as a paratrooper of the “50’s.” After 16 weeks of rigorous Airborne Basic Training, he graduated one of 212. It is noteworthy that only 212 men out of 800 graduated. He went to “jump school” at Ft. Benning GA and was in the 82nd Airborne Division. He later was assigned to the 187th Regimental Combat Team bound for Korea. Shortly thereafter, the war ended. Austin was eventually stationed in occupied Germany at the Babenhausen Kaserne. During his service he earned the Parachutist Badge, the National Defense Medal, and the Army Occupation Medal. Following completion of military service, Austin traveled and worked various jobs to include riding the rails with Sperry Rail Service out of St. Louis and driving a logging truck in Orefino, ID. After a trip to visit a sister in CA, Austin met and married his bride of 47 years, Laurel (Guntly) Hodges in 1960. He obtained certification and worked as a psychiatric technician at the Ukiah, Napa and Sonoma State Hospitals, retiring after 20 years of service. In 1985 Austin and Laurel moved to Willits. In his spare time he liked nothing better than to work on crossword puzzles, play pinochle or read a good western novel. In addition, he would never pass up an opportunity to play cribbage with his son-in-law Randy or grandsons, James and Clinton.

Austin was preceded in death by his parents, his wife Laurel in 2007, four sisters and two brothers and a beloved granddaughter.

Dad will be missed by his two daughters Sheila and Kimberly, son-in-law Randy, three grandsons Clinton (Alicia), James and Luke, two great-grandsons Damian and Aidan, a great-granddaughter Madison and his sister Wanda and numerous nieces and nephews. Many who knew and loved dad will remember him for his humor and witty sayings.

The family would like to thank the many people who cared for our father in his times of need.

Memorial contributions in Austin’s honor may be sent to the VFW Post 1900 in Ukiah or the Disabled American Veteran’s or Wounded Warrior military programs.

Visitation will be held June 26, 2014 from 5-8pm at Eversole Mortuary. Services will be held June 27, 2014 at the Russian River Cemetery, 940 Low Gap Rd with a reception to follow at the Ukiah Senior Center, Bartlett Hall, 499 Leslie St. Ukiah.

To order memorial trees or send flowers to the family in memory of Hodges, Austin Wade, please visit our flower store.