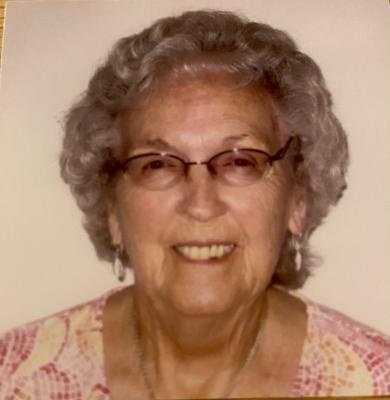 Obituary:
Wilma Ann (Ratliff) Howard, age 85, passed away at her home in Ukiah, California surrounded by family and cherished friends (Robin Cottrell and Margy Henderson) on March 1, 2022. She was born on September 19, 1936 in Columbus, Mississippi to Basil H. Ratliff, Sr. and Estyl Fern (Payne) Ratliff. At age 7, Wilma’s mother moved to Oakland California with Wilma, her brother Basil Jr., and sister Vivian. Then they moved to Ukiah at age 9.
Wilma was a devoted daughter who took care of her mother starting at the age of 12 when she developed cancer and died 3 years later. After her mother died, she was taken in by the Valentini family (Cherubino, Victoria, Robert, Leno and Marie who was Wilma’s good friend). Ellen Murphy was Wilma’s social worker during this time and she and her husband W.O. Bill Murphy brought her in to their family until the time of her marriage.
Wilma worked at the Savings Bank of Mendocino County during high school graduated from Ukiah High School in 1954. She started as a bank teller and for years worked as the “bank lady” for local schools with Lorraine Pittman. She met her husband Roger Keith Howard in high school but became better acquainted at the Savings Bank and later married on September 10, 1955 at the First Presbyterian Church in Ukiah. Together they had two children – Jo-Ellen born in 1957 and Steven born in 1961.
Wilma was the family’s extrovert. She was always up for a party and loved birthday’s and anniversary’s, class reunions or any reason for a get together – the more people the better. For years, she “adopted” many families so her reach in Ukiah Valley and beyond was wide.
Wilma kept very busy after she “retired” from the Savings Bank. For many Christmas’s she worked at Sky Ranch Christmas Tree Sales. She served her community. She volunteered at the Ukiah General Hospital, Adventist Hospital, Hospice of Ukiah Thrift Store, Plowshares, and Ukiah Senior Center where she was Volunteer of the Year on multiple occasions. She developed a volunteer program called the Good Morning Service at the Ukiah Valley Medical Center to assist patients and staff at the start of their day.
Wilma was a shopaholic – but in a good way. She never met a sale that she didn’t like! She had untold pairs of (small) shoes!
Wilma loved angels – her home is filled with them. She was cared for by earthbound ‘angels’ for the last months of her life. The kindness of Gina Mireles, Alma Arreguin and Hilda Mireles was a comfort to Wilma and her family – their love and care is beyond description. The family was blessed by their caring and kindness.
Roger and Wilma had many great traveling adventures – cruises to Alaska, the Baltics, the British Isles, St Lawrence Seaway, and Hawaii. Trips to New England in autumn to see the beautiful colors and Sedona to see the desert Southwest. Marilyn Gilbreath and David Park joined them on many of these trips. Seattle was a travel destination to visit Jo-Ellen and Becky and also the Bay Area to see Steve, Jenifer and Rachel.
Wilma is survived by her loving children Jo-Ellen Howard (Rebecca Cummings) and Steven Keith Howard (Jenifer Damewood); and her granddaughter Rachel Damewood Howard. She was preceded in death by her husband Roger, her parents and her brothers and sisters.
Wilma was a gregarious woman and friends to many in the Ukiah Valley. She will be missed by her many lifelong friends in Ukiah and beyond.
In lieu of flowers, donations may be made to: Plowshares, PO Box 475, Ukiah, CA 95482
Family and friends are invited to a graveside service that will take place on Wednesday, March 9th at 1100 AM at the Russian River Cemetery on Low Gap Road in Ukiah, California. Pastor Kent Dethlefsen will preside. The family is planning a celebration in Wilma’s honor later in the Spring.


To order memorial trees or send flowers to the family in memory of Howard, Wilma Ann, please visit our flower store.