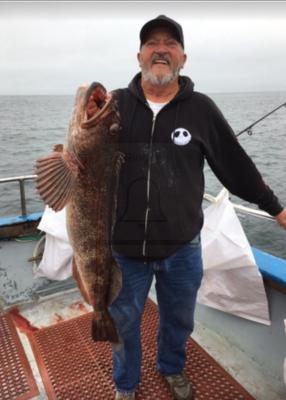 Jerald Lynn Hughes passed away suddenly in a traffic accident in Amador County, California on August 23, 2016.

Jerry was born on April 7, 1949 to Marion and Emma Hughes in Healdsburg, California. Jerry attended elementary school in the Little Red School House in Booneville, California, and graduated from Quincy High School in 1967. Jerry proudly worked for All Coast Forest Products in Cloverdale delivering lumber for over 17 years. He was a veteran of the Vietnam War and served in the United States Marine Corps during that time. Jerry was a member of the Ukiah Men's Golf Club, an avid fisherman, a talented woodworker, and an accomplished gardener. Jerry and his wife Pamela had just moved to Lakeport from Ukiah. He had recently finished building new fences and raised garden beds, and had just begun harvesting his renowned peppers and tomatoes.

Jerry loved people, never met a stranger, and never ran out of jokes to tell them. It was clear to everyone that he "Lived Big, Loved Big, Worked Big, and Played Big"!

Jerry was preceded in death by his parents, Marion and Emma Hughes, his sons Jason and Lincoln Hughes, his brothers Jim and Glenn Hughes, and his sisters Sandra Ericson and Doris Jean Cooley (survived by her husband and Jerry's "Second Dad" Jim Cooley).


The family wishes to extend our sincere thanks to everyone at the All Coast Forest Products family for the immense amount of support they have provided during this most difficult time.


To order memorial trees or send flowers to the family in memory of Hughes, Jerald Lynn, please visit our flower store.