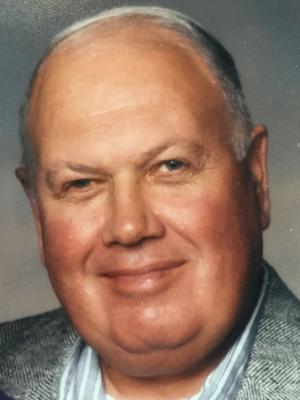 Obituary:
Norman G. Hughey was born December 15, 1933, in Los Angeles, and passed away on February 4, 2017, at UVMC, peacefully with his love ones by his side.
Norm came to Ukiah at age five, with his mother, Margaret May, and two brothers. His mother met and married his, stepfather Ernest Alexander in Ukiah. He spent all of his life in Ukiah, with the exception of three and one half years in the U.S. Air Force. Most of that time was in Germany as an Airman First Class in the field of Radar.
Norman was a past member of the Ukiah Elks and Wapiti’s. He has been an active member of the Ukiah High School Alumni Association for the last fourteen years.
When he was honorably discharged from the military, he worked at Masonite Corp. and was a Mendocino County Deputy Sheriff, for several years. He then purchased Ukiah Fire Equipment. He owned and operated this business until his retirement.
He loved to reminisce about his school days and his years in Germany. He had an incredible memory for all those past years. He worked at the Palace Hotel for most of his high school years. He had many tails to tell of that experience. He loved to talk baseball with fellow schoolmates, like, Gary Modrell and Charley Myers.
He will be sorely missed by his two sons: Brent (wife Diane), and Brian, his three grand- daughters: Alyssa, Micaela, and Gabriella, his two nieces: Susan and Diana and his two nephews: Garth and Mark, and his loving partner for the past 18 years: Marge Thatcher. Also missing him will be his many friends and acquaintances, in Ukiah and beyond, because everyone that Norm ever met, became his friend.

He was preceded in death by his wife: Arlene E. Hughey, his mother: Margaret May Alexander, his biological father: Paul Feemster Hughey Sr., and his two brothers: Paul F. Hughey Jr., and Dave Hughey.
Funeral arrangement are under the direction of Eversole Mortuary. A service will be held on Saturday February 11th at 11 a.m., at Eversole Mortuary, 141 Low Gap Rd. in Ukiah, There will be a viewing on Friday, February 10th between the hours of 3 and 8 p.m. Norm will be will be laid to rest in a private service on Monday February 13th.
Memorial donation may be made in Norm’s name to the Ukiah High School Alumni Scholarship Fund, P.O. Box 1736, Ukiah, CA 95482; The American Heart/Stroke Assoc., P.O. Box 742030, Los Angles, CA 90074, or to a charity of your choice.


To order memorial trees or send flowers to the family in memory of Hughey, Norman G., please visit our flower store.