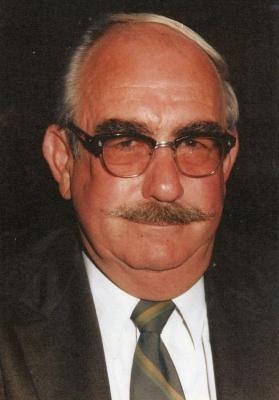 Thomas Allan (call me “Al”) Hunter, a 50 year resident of Ukiah, passed away peacefully at St. Joseph Health in Santa Rosa on May 2, 2019 in the presence of his daughters and a son-in-law. He was born June 30, 1928 to Thomas D. Hunter and Mary L. (Johnson) Hunter, at his Finnish grandmother’s home in Astoria, Oregon.
Al was raised however in Oroville, CA. He graduated high school there in 1946 and attended nearby Yuba Jr. College before marrying high school sweetheart Charlotte Gambrel in 1950. He served in the Army from 1951-1953 with the Transportation Corps’ 6th Helicopter company stateside moving cargo, officers, and wounded paratroopers in training stateside. The GI Bill was his ticket to Cal Poly in San Luis Obispo where he studied hard while helping to build the unique Madonna Inn there, until graduating with a degree in mechanical engineering in 1958.
His work career around this state included positions at the Trinity Dam and in two cement manufacturing plants before he was hired by Masonite in 1968, remaining there for almost 20 years. While retired, he enjoyed volunteering in many different organizations, such as the Grand Jury of Mendocino County, the Senior Center, the Early Iron of Ukiah Club, and Roots of Motive Power in Willits (since his father and grandfather were railroad engineers). He always had a team-player attitude, willing to contribute his time and effort to help achieve goals. His favorite hobby was driving the 1958 Packard that he inherited from his father in many of the Packard International tours along the west coast, even receiving some “Best Original” awards.
Al was predeceased by his parents, his sister Rosemary Bowles Hughes, and his loving wife Charlotte, who worked at the Sheriff’s Dept. for many years before passing in 1988. He is survived by his daughters Lynn Theuriet (Bill), Gwen Churchill (Jim); grand-daughters Sara Sullivan (Cody), Jennifer Chavez (Eddie Jr.), Renee Theuriet, Emily Churchill; and one great- grandson Cameron Chavez.
A memorial service open to the public will take place on Saturday, June 15 at 11:00 at Eversole Mortuary. Interment will be on June 17 at 10:00 at Memorial Park Cemetery in Oroville. Contributions may be made in his memory to Roots, Early Iron, the Senior Center, and Plowshares.


To order memorial trees or send flowers to the family in memory of Hunter, Thomas Allan, please visit our flower store.