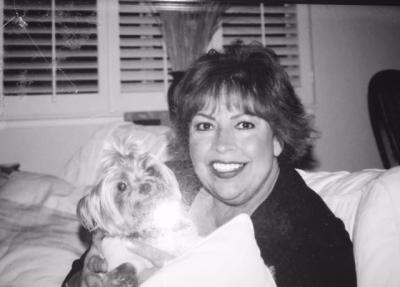 Linda passed away peacefully on April 24, 2017 after a long and courageous battle with numerous health issues. Linda Lou was born in Seattle, Washington on March 20, 1942.   Through her father’s work, there were various relocations before the family eventually moved and settled in Ukiah, California in 1952.

Linda was an original. From her early years growing up in a musical family, to her lifelong love of all living things, Linda lived life to the fullest. She embraced a free-spirited lifestyle while also being fiercely devoted to her family. She was both a playful jokester and a nurturing mother figure to countless youth ranging from those she worked with professionally, to her children’s school-aged friends, to neighborhood children, and others lovingly termed “misfits”. Mama Linda’s home and heart were open to all, unconditionally.

Linda had an adventurous spirit, a colorful personality, a quiet love of God, nature, and the outdoors. She was a passionate advocate for causes close to her heart and was always ready to help a friend (or stranger) in need.

Linda was a “people person.”  Her engaging personality along with her gift for theatrics, music, and storytelling shaped most of her life's work - working with disadvantaged youth. Her early career included working as a Psychiatric Technician at Mendocino State Hospital until its closure. She later worked at Langley Porter Neuro-Psychiatric Institute in San Francisco, moving on to work at Sonoma State Hospital, where she cared for some of the most disturbed and incapacitated children.   Later, upon relocating back to Ukiah, Linda worked for Migrant Head Start and moved on to numerous positions with Mendocino County.  She was a Juvenile Hall Counselor and later developed a successful Juvenile Work Program that provided Probation and the Courts with an excellent alternative to incarceration for newcomers to the Juvenile Justice System.  After acquiring a degree in Law Enforcement, Linda later worked as a Deputy Probation Officer until her retirement in 2002.

Linda was most proud of her children and grandchildren. Each and every one were her, “pride and joy.” Her gifts for living life unconventionally, with humor and compassion, will forever live on in those she loved most deeply.

Linda’s family is grateful for the loving care provided by Karrie Hanna and the staff at Hanna House whom made Linda so happy.

Linda touched many lives with her vibrant, outgoing personality, quick wit and humor, and the compassion and love she gave freely to others. She will be dearly missed by all who knew and loved her. Linda wished that any memorial contributions would be made to the American Cancer Society, VFW, or Ukiah High Class of 1960. Arrangements are under the direction of Eversole Mortuary. A Celebration of Life will July 9, 2017 11 AM at Redwood Valley Lions Park 8920 East Road, Redwood Valley.
Please bring your own picnic lunch and memories/stories to share.
Email lmkkbbjoj@gmail.com or visit Facebook events "Let's Celebrate Linda" for additional details.

To order memorial trees or send flowers to the family in memory of Jensen Parnak, Linda Reischman, please visit our flower store.