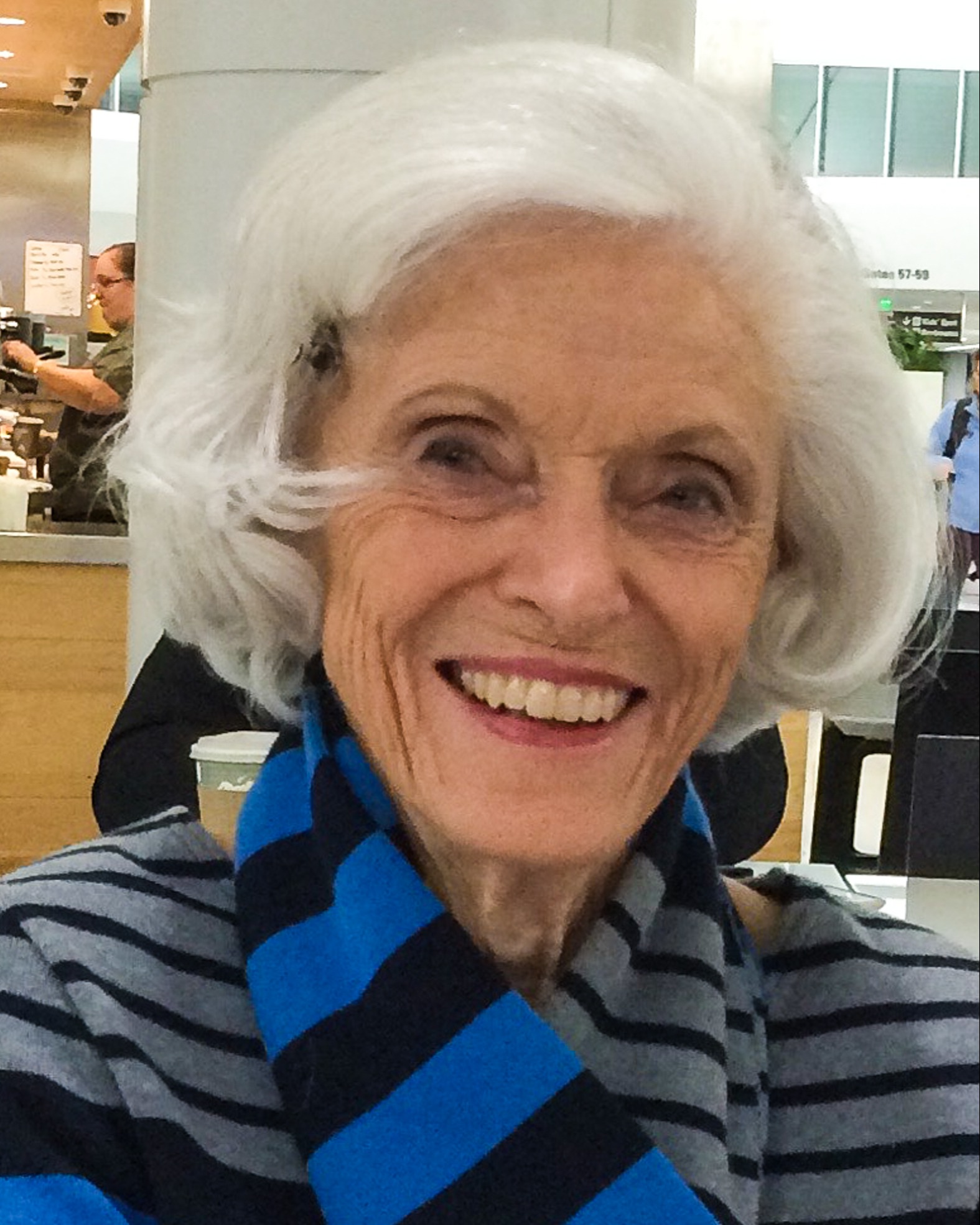 Joan Schlienger passed peacefully on January 5, 2023 at home, in the warm presence of her loving family.

Ninety-one years earlier she was born in Toele Utah to James and Minnie Miller on November 15, 1931. The only daughter and second of four children, Joan spent her school years in Henderson Nevada where she was homecoming queen as a senior in high school. She attended the University of Nevada/Reno, completing her studies at San Jose State University. Upon earning her BA in English, Joan moved back to Henderson Nevada where she taught eighth grade English.

During her summers Joan was a lifeguard at Lake Mead and it was there that she first encountered her future husband Max Schlienger, who mischievously enjoyed swimming beyond the designated boundaries to get her attention. He succeeded and scored his first date with Joan by agreeing to obey the rules of the lake if she would allow him to take her to dinner.

They were married in the summer of 1954 in Henderson Nevada. Max’s work took them to Pittsburgh Pennsylvania where their three children were born: Max (Eric), Dana, and Daryl. Joan and Max moved to San Rafael, California in 1962 when Max accepted a job as an engineer with Stauffer Chemical Corporation, then located in Oakland California.

Shortly after the move to San Rafael, Max started his own engineering firm and Joan became a devoted homemaker, mother, PTA president, Sunday school teacher, cub scout leader, Ballet-Aquacade of Marin coach, constant chauffeur and jack-of-all trades to her family while Max built his engineering business.  Many wonderful years were spent at their vacation home in Lake Tahoe, skiing in the winter and boating in the summer. Joan’s energy and zest for life were infectious, and she was always creating new and wondrous adventures for her children who thought she was magical. Joan was an incredible creative force. She was an artist, seamstress, designer, quilter, master gardener, and dabbled in a myriad of other creative arts.

In 1977 Joan and Max moved to Ukiah when they acquired an industrial property just south of town on Henry Station Road and re-located Max’s business there for the next 30+ years, which became known as Retech, Inc.  Although Joan was reluctant to leave her ‘dream house’ in San Rafael, Max promised that he would re-build it for her in Ukiah and made good on his word. Together they built what is now affectionately referred to by family and friends as ‘the house on the hill’ overlooking vineyards and the Russian River. Joan focused her immense talent and creative energy into developing her garden, which she single-handedly designed. Her garden evolved over the years into a park-like expanse of nearly 2 acres graced with breathtaking vistas, framed by cypress and oak trees with two gazebos, one each flanking its southern and northern border. It became the backdrop for many gatherings including the weddings for two of her grandchildren, as Joan was a generous hostess and loved entertaining family and friends in her home.

Joan and Max quickly adopted Ukiah as their new home and formed numerous close friendships in the community, many of which endure to this day. They became staunch supporters of a multitude of local endeavors. Joan served as a member of the Community Advisory Committee for Adventist Hospital of Ukiah Valley, and on the Board of Directors of the Mendocino College Foundation. She was the chairperson of many fundraisers that supported the Grace Hudson Museum Foundation and the Sun House Museum.  She was well-loved and much admired for her talents, graciousness, empathy, and elegance.

It is with unending love and warmth that the family would like to express their eternal gratitude to Masi Valentine, who provided the most tender, loving, 24/7 care for Joan over the past two years. Masi’s extraordinary devotion to Joan was evident to all.

A private memorial at a future date yet to be determined is planned.

To order memorial trees or send flowers to the family in memory of Joan Schlienger, please visit our flower store.