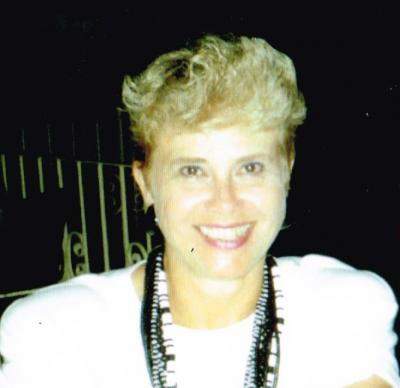 Obituary:
Patricia passed away on August 22, 2015. Born Feb 22, 1933 in Fullerton, CA. to loving parents Margaret and Floyd AKA Arky Vaughan. Her family later moved to Mendocino Co. where she graduated from Ukiah High School and also met her future husband Kenneth Eugene Johnson. They has six daughters Kathleen, Susan, Julie, Ann, Jennifer and Carol.
She is predeceased by her husband Kenny, her daughters Julie and Annie, her sisters Judy and Mikie.
Survived by her brother Tim Vaughan (Pam), grandchildren, great grandchildren, nieces, nephews, a large extended family and numerous friends.
In 1985 she was proud to represent the family at her father’s induction into the Baseball Hall of Fame. She herself was quite athletic, pitching for the all family softball team for many years. She spent many hours watching her children and grandchildren participate in numerous sports.
She had many interests including being a docent at the Grace Hudson Museum in its early years, taking classes in various subjects, traveling with family and friends and was always sure to join in on the fun.
Patty was a kind and generous soul and she will be greatly missed by all who knew her.
In lieu of flowers, she requested donations be made to Plowshares of Ukiah. A Rosary will be held Thursday, August 27th at 6 pm at Eversole Mortuary. Memorial Mass Friday, August 28th at 11 am at St. Mary’s Catholic Church. Reception to follow at Lake Mendocino Club House.


To order memorial trees or send flowers to the family in memory of Johnson, Patricia Ann, please visit our flower store.