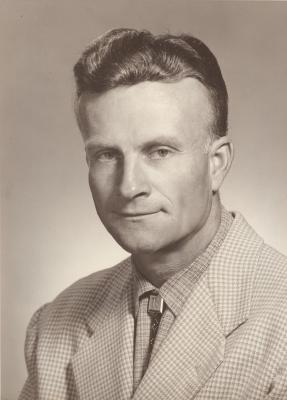 Obituary:
Robert William Karger, 93, of Potter Valley, Ca. passed away on August 12, 2014 at Ukiah Valley Medical Center with his family by his side. Robert was born In Los Angles, Ca. on January 12, 1921.
Robert graduated from Eagle Rock High School, he joined the U.S. Navy in May of 1938 and was Honorably discharged in November of 1945. During this time in the service he was a Linotype Machinist. After discharge from the Navy Robert was a Los Angeles City Fireman from 1949 – 1971. After retirement he was a Mushroom Grower.
Robert was proud of being a Firefighter and a Navy Man.
Robert enjoyed growing Mushrooms in Huntington Beach, Ca. wood working, dancing and going to the senior center. Robert’s family will remember him as a very kind hearted, polite, loving and caring gentle man. He was a very giving soul and best friend, father and grandfather. He will be missed deeply. He has made his way into everyone’s hearts with the compassion of an angel.
Robert is survived by his step daughter Jackie Wharton of Phelan, Ca., granddaughters Sonya (Sony) Avila of Potter Valley, Ca. & Pearl Laster of Hesperia, Ca. and 2 great grandchildren. Robert was preceded in death by his father Rudolph Karger, mother Elizabeth Helen Platz, brother Edward Karger, step son Richard T. Karger, step daughter Linda Karger, his first wife Clara Mae Griffin, and second wife Margret B. Bulter
A visitation will be held on Tuesday, August 19, 2014 from 3-8 pm at the Eversole Mortuary. A graveside service will be held on Wednesday, August 20, 2014 at 11:00 am at the Ukiah Cemetery.
Memorial donations in Robert’s name may be made to the Ukiah Senior Center.

To order memorial trees or send flowers to the family in memory of Karger, Robert William, please visit our flower store.