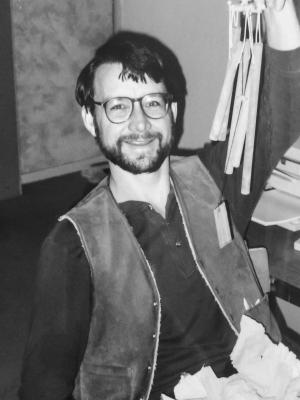 Obituary:
Peter Keegan passed away peacefully in his sleep, surrounded by loving family and friends, on November 13th, 2017. Born April 3rd, 1952 in New York, Peter is remembered for his faith in Christ, generous heart, strong sense of integrity, and his contributions to the Ukiah community.

In his 35 years as a family practice doctor, Peter worked caring for patients at his Ukiah office, at the Potter Valley Health Clinic, and as the Medical Director of the Round Valley Indian Health Service Center in Covelo. Peter graduated in the top of his class at Lakeland High School in Mahopac, NY as a nationally ranked debater, and later went on to attend Harvard University as a National Merit Scholar. Upon graduation, he went to medical school at UCSF, completing his degree in 1978 and residency at Saint Mary’s Medical Center in 1981. Peter moved to Ukiah in 1981 to work in the community hospital along with his beloved wife Susan, and to raise his two sons.

A private person by nature, Peter enjoyed tending to his prolific garden, playing his banjo, dancing, and playing chess. He was a voracious reader, capable of consuming numerous newspapers and keeping up with world & community events. As an early supporter of medical marijuana, he showed he was not afraid to stand up for his beliefs. In the face of terminal bladder cancer, Peter showed incredible strength and dignity, setting an enduring example of faith in Jesus to his friends and family.

There will be a service honoring his memory at 2 p.m. on Saturday, December 2nd at the Ukiah Methodist Church. All are welcome.

In lieu of flowers, the family would appreciate that donations be made to the Alex Rorabaugh Recreation Center of Ukiah, such that Peter’s spirit continues to support the youth of Ukiah. Donations may be made online at https://www.ukiahrec.org/donate/ .

To order memorial trees or send flowers to the family in memory of Keegan, Peter Richard, please visit our flower store.