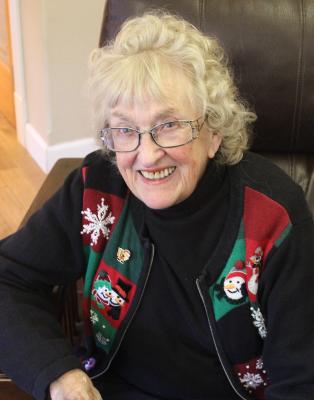 Born September 8, 1939 in Julesburg Colorado. She died suddenly in an accident on Christmas day after spending a great day with all her children, their families and friends. Jan was the youngest of four children and moved with her family to the Ukiah area in 1951 where she attended school graduating from Ukiah High School in 1957.
She married Corliss “Johnny” Johnson in 1958. They had four children Ronald (deceased), Randy Johnson (Shirley) and John Johnson (Wendy) of Ukiah, CA, and Catherine Reese (Jim), Witter Springs, CA.
Jan and Johnny divorced in 1971 and Jan moved to Hopland. A short time later she met and married Milt Kespohl.
Jan became Mendocino County’s first female deputy sheriff in 1971. She served the community in many different positions until her retirement as a sergeant in 1992. After retiring from law enforcement, she became the executive director for the Ombudsman program in Ukiah, where she worked for five years until she retired completely.
After retirement Jan became quite skilled with her new found hobby crafting gourds. She won several awards at the local fairs. She also volunteered with her craft working with young children at local schools as well with her young grandchildren.
Jan and Milt moved from Hopland to buy a ranch in Lake County. Jan enjoyed being close to her grandchildren and found herself enjoying all they were passionate about.
Jan is survived by her children, 11 grandchildren and 4 great grand children.
Jan was Mom, Auntie, Grandma and Gigi to many. She will be missed for her passion for her family, her wit, her laugh. Jan enjoyed life.

Arrangements are under the direction of Eversole Mortuary, there will be a celebration of Jan’s life at the Redwood Empire Fairgrounds Carl Purdy Hall building, Saturday January 4th, 2020 at 1:00 PM. In lieu of flowers please feel free to make donations to St. Jude Children’s Hospital.


To order memorial trees or send flowers to the family in memory of Kespohl, Janice Ilene, please visit our flower store.