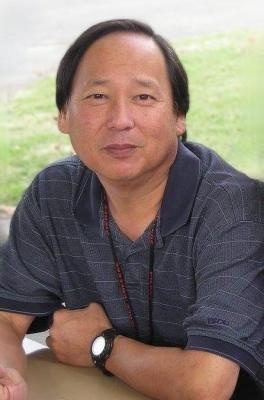 Obituary:
Phillip Dale Kinoshita 65, of Sylmar passed away January 20th 2021 in Los Angeles, California from complications of covid-19.
Born and raised in Yuba City, California; Phillip attended Yuba City High School, graduating in 1974. He continued his education at Humboldt State University, where he earned a Bachelor of Science degree in Forestry. Phil was a Forester with the United States Forest Service, a Surveyor's Aide, a Hotel Manager and a Letter Carrier for the United States Postal Service before finding his true calling as a teacher.
He taught High School in the Los Angeles Unified School District, retiring from Mission Continuation High School in San Fernando, California in December, 2019. Many of Phil's students referred to him as Mr. K. and remember him fondly.
Phillip enjoyed fishing and bowling. He was a lifelong fan of the Los Angeles Dodgers. He and his partner of nearly 30 years, Harmony Lee, were proud Democrats, participating in party functions and campaigns. They were avid fans of NASCAR. Philip especially loved Disneyland. He was an annual pass holder and took every opportunity to visit the park.
Phillip is preceded in death by his true love Harmony Lee, father, Frank Yoshio Kinoshita, mother Eloise Cheiko Raper ne Wada, stepfather David F Raper, sister Marsha L Kinoshita and brother Gregory S Raper.
Philip is survived by his brother Fred Raper (Denise) of Lakeport, California. He will be interred with Harmony in Marysville, California at a later date.
“Neither fire, nor wind, birth, nor death, can erase our good deeds.” – Buddha


To order memorial trees or send flowers to the family in memory of Kinoshita, Phillip Dale, please visit our flower store.