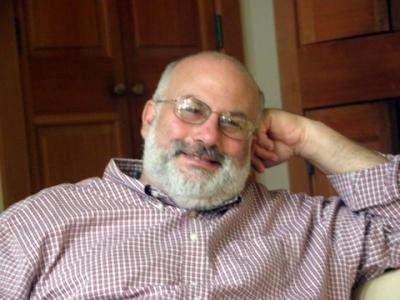 Obituary:
Michael Albert Kisslinger, 60, died of natural causes on Monday, July 20th, 2015, in Ukiah. He was born in St. Louis, Missouri, one of three children of Robert Leo and Jean (Farbstein) Kisslinger. He grew up and attended public primary and high schools in University City, Missouri. He then spent the next eleven years attending three different universities pursuing seven different fields of study. He began his educational journey at Washington University in St. Louis, spent time at the University of Michigan, Ann Arbor, and eventually acquired a Bachelor’s of Science degree in Enology and Fermentation Science from University of California, Davis. Later, he earned a Master’s Degree in Negotiation and Conflict Management from California State University, Dominguez Hills.
Michael married Anne Cecile Molgaard in 1994 in Hopland, CA. They have two children, Zane and Aleyna. Michael was a man of many talents and skills, and spent time employed as a winemaker, conflict manager, nonprofit consultant, grantwriter, library technician, substitute teacher, and radio host. He was a professional folk dancer, got by in several languages, had a second degree black belt in Aikido, and was a nationally ranked Judo master as a teenager. Michael loved to cook, play cribbage, read science fiction, and volunteered with many community service groups throughout Mendocino County. He was curious, gregarious, and deeply interested in people and their stories. He loved long elaborate puns. But although he had many and varied interests, Michael’s children were his most enduring source of love, pride and accomplishment.
Michael is survived by his daughter Aleyna, son Zane, and wife Anne. He also leaves his sister Donna Kisslinger Abram (Bill), brother Frank Kisslinger, and his daily morning canine companion, Hana. He was predeceased by his parents.
Friends are invited to a memorial gathering on Thursday, July 23rd, at 6 pm in the picnic area of Todd Grove Park. Rabbi Shoshanah Devorah will preside, and light refreshments will be served. Please consider bringing a lawn chair.
Funeral services will be held privately in the Gan Yarok section of Fernwood Cemetery in Mill Valley. Michael had often expressed a wish for a green burial in a natural setting with the least impact to the environment, rather than internment in a matzohleum.
In lieu of flowers, donations can be sent to The Community Foundation of Mendocino County.


To order memorial trees or send flowers to the family in memory of Kisslinger, Michael Albert, please visit our flower store.