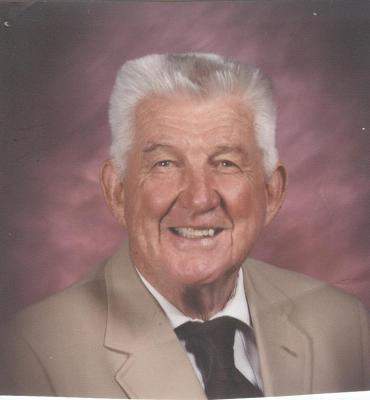 Emil is survived by his sister Millie, his wife Elizabeth and her children Suzanne, Roger and Joyce, his son, and daughter Laura, his 5 grandchildren.

Emil was born on 5 January 1922 in Cincinnati Ohio. He served his country in the Pacific Theater during World War II as an Officer in the U.S. Navy and graduated from the University of Washington in 1948 with a BS degree in Forestry. Emil worked for the USDA Forest Service for 33 years and enjoyed 38 years of life fulfilling retirement, living every day like there was no tomorrow. Emil will be sorely missed by friends and family alike.

A graveside burial was held on 30 November at the Russian River Cemetery in Ukiah with his family in attendance.

A celebration of Emil’s life will be held 12 December 2015 at holy Trinity Episcopal Church from 4:00 PM to 7:00 PM. All who knew him are welcome to attend. Donations to the local Hospice of Ukiah or your favorite charity are requested in lieu of flowers.


To order memorial trees or send flowers to the family in memory of Koledin, Emil M., please visit our flower store.