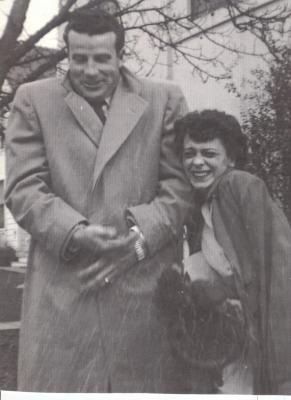 Obituary:
James Raymond Lampkin
James R. Lampkin of Ukiah, California recently passed away on April 25, 2016 in the privacy of his own home at the age of 92. Mr. Lampkin was born in Ukiah and raised in Upper Lake. He joined the Army in 1941 and served our Country in World War II. He was wounded in the Battle of Normandy and received a Purple Heart Medal of Honor. After returning home, he met the love of his life, Phoe Phoe Y. LeeMaine at the Ukiah Armistice Day parade. They were married in 1954 and were together until she passed on July 06, 2003.
Mr. Lampkin worked for the Police force in Ukiah and then eventually transferred to the Public Works Department. He was employed by the City from 1952 through 1988 and retired as the Public Works Manager.
James Lampkin is survived by his two daughters, LeeMaine Williamson and Jan Holler. He has 9 grandchildren, 23 great grandchildren and 34 great, great grandchildren and numerous cousins, nieces, and nephews. The family would like to say a special thank you to his caregiver of the past ten years, Ms. Ingrid Martin for her hard work and loving support.
A celebration of life for this honored veteran will be on Saturday, May 07th at Eversole Mortuary, 141 Low Gap Rd, Ukiah, CA at 1:00pm. Interment will be on Monday, May 09th at Russian River Cemetery 940 Low Gap Rd at 11:00am.


To order memorial trees or send flowers to the family in memory of Lampkin, James Raymond, please visit our flower store.