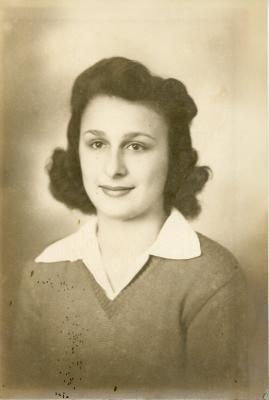 Obituary:
Jeannette Marie Larramendy passed away peacefully on October 28th, 2020 in her sleep with both her children present. Jeannette was born on May 3rd, 1925 in Ukiah, Ca.
Jeannette was preceded in death by her loving husband Bill Larramendy, her mother Henrietta Garzini and her father John Garzini, brother Hank Garzini and sister Marguerite Shields. She is survived by her son Paul Larramendy, Daughter Ann Dutra, daughter-in-law Deborah Larramendy, grandchildren Aaron Larramendy, Chloe Larramendy, Jack Larramendy, Frankie Dutra, Zoe Cooper, great grandchild Nevaeh Larramendy, 2 step grandchildren Ruby Elledge and Leilani Duran.
Jeannette’s passion in life was her faith. She religiously attended mass and volunteered at Saint Mary’s in many capacities. She was a devout Catholic. She worked at Production Credit Assoc. for over 30 years. Jeannette and her husband Bill purchased bare land in the early 70’s on Burke Hill Dr. and built their dream home along with over 20 acres of vineyards and working ranch.
Her favorite pass time was playing Bridge with her friends and she belonged to many Bridge clubs. Her home was always neat and clean and when in public, Jeannette was always dressed impeccably. She enjoyed volunteering for Plow Shares, flower arranging, decorating for the holidays, knitting and crocheting, spending time on the phone with lifelong friend Tootsie (Laura German) and most of all she loved the holidays with her family and friends.
A private mass will be held for Jeannette at St. Mary of the Angles Catholic Church.


To order memorial trees or send flowers to the family in memory of Larramendy, Jeannette Marie, please visit our flower store.