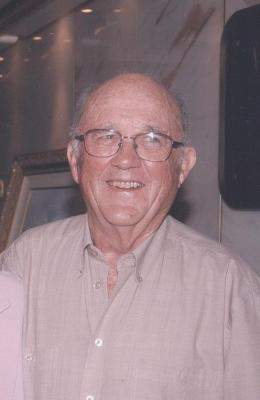 Obituary:
William “Bill” Larramendy, 86, of Ukiah passed away at his home with his family at his side on September 2, 2014. Bill was born February 28, 1928 in Ventura, Ca. He had lived in Ukiah for the past 45 years.
Bill graduated from Ventura High School and Cal Poly. He worked as an area manager for the Bureau of Land Management and as a grape farmer. Bill served his country for 2 years in the Korean War. On February 23, 1963 Bill married Jeannette Garzini.
Bill always wanted to be a farmer. In 1972 he and Jeannette purchased 27 acres on Burke Hill Dr. on which they planted grapes and built their family home. Bill served as a board member of Willow Co. Water District and as an officer for Talmage Entertainment Club.
Bill enjoyed fishing at Hat Creek and camping with his grandchildren at Blue Lake. Bill and Jeannette made several trips to Europe along with many cruises.
Bill survived by his wife of 51 years Jeannette Larramendy, daughter Ann Dutra, son Paul Larramendy and his wife Stephanie, sister Deanna Ritchie, grandchildren Aaron, Chloe and Jack Larramendy, Frankie Dutra and Zoe Cooper, great grandchild Neveah Larramendy. Bill was preceded in death by his parents Peter and Wilda Larramendy and brother Bob Larramendy.
Memorial donations in Bill’s name may be made to Hospice of Ukiah or St. Mary’s School.
A funeral service will be held on Monday, September 8, 2014 at 11:00 AM at the Eversole Mortuary.


To order memorial trees or send flowers to the family in memory of Larramendy, William "Bill", please visit our flower store.