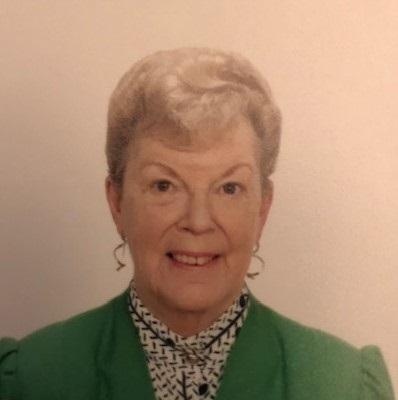 Obituary:
Geraldine "Gerrie" Lassner passed away peacefully on Friday, March 8, 2019. Her husband of 25 years, Richard Lassner, preceded her in death in October 2002. Gerrie was born in San Francisco in 1939 to Richard and Dolly Holl. She had six brothers and sisters, and family always played a big part in her life. She attended St. Anthony's Catholic school and graduated from Immaculate Conception Academy, where she made lifelong friends.

In 1957 she married Robert, and they had three daughters. After their divorce she raised the girls on her own, moving the family to Pacifica in 1970.

For 22 years Gerrie was the secretary to the terminal manager at the 7th Street Greyhound Bus Terminal in San Francisco. After leaving Greyhound, she worked for Guy F. Atkinson in South San Francisco and then SamTrans in San Carlos.

In 1985 Gerrie and Rich built a house in Brooktrails near Willits, California, where good times were shared by many relatives and friends. After retirement, they moved to Brooktrails full time and enjoyed traveling, getting together with family and friends, playing cards, and volunteering at the Willits Harrah Senior Center.

Gerrie is survived by her daughters Kellie, Kathie, and Marianne; her grandchildren Kevin, Jacob, Ryan, Jackie, Josh, and Amanda; great-grandchildren Rio and Wonderly; her siblings Rich, Marilyn, Bernadette, and Ginger; her sisters-in-law Irene, Louise, Linda, and Debbie; and her brother-in-law Bill.April 13, 2019 (noon-3pm) Celebration of Life (http://www.nicksrestaurant.net/homepage.html)


To order memorial trees or send flowers to the family in memory of Lassner, Geraldine Margaret, please visit our flower store.