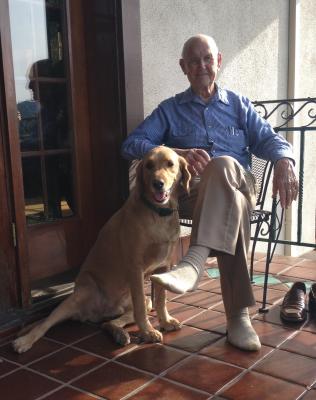 Obituary:
Richard M Lawson, known to friends and family as Jim, passed away April 6, 2016 in Santa Rosa, CA. He was born on December 11, 1928 in the small town of Natalia Texas. In 1940 he made his way to California where he married and had three sons, Richard, Dan and Bob. In 1972, he founded Superior Automatic Sprinkler Company, which is still thriving today. In 1982, he retired to Ukiah, California and his beloved J-S Bison Ranch. Over the years, Jim grew the property into one of the largest bison ranches in California. He and his wife, Betty, were well known and generous figures in the community. He is survived by his son Bob, seven grandchildren and four great grandchildren. A viewing will be held on Friday April 15 at Eversole Mortuary from 10am until 8pm, and a celebration of his life will be held on Saturday April 16th at the J-S Lake from 1pm to 4pm. In lieu of flowers please make a donation to the charity of your choice.

To order memorial trees or send flowers to the family in memory of Lawson, Richard M. "Jim", please visit our flower store.