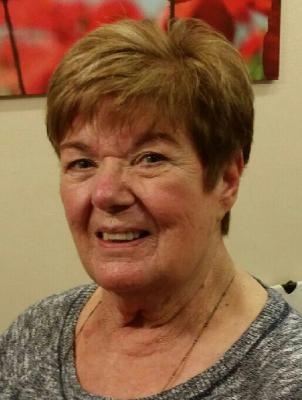 Obituary:
Wendy Leonard , wife of John D Leonard, passed away on Sunday, March 28th. 2021, a few days short of her 80th birthday.
Wendy was born on April 2nd 1941 in the small Welsh town of Tredegar.
Her mother, Mair Mills, and father, Ernest Mills were Welsh.
Wendy was the eldest girl of eight children and soon became the second mother to her siblings, as was often the case in large families at that time.
She is survived by 5 brothers, Les Mills, Dennis Mills, Royston Mills, John Mills and Colin Mills, all now living in Wales.
On February 17th. 1962, Wendy married John Leonard in Christchurch , Newport, Wales.
They were married 59 years.
In 1963 they emigrated from Wales to California and lived in Los Angeles until 1971, when they moved to Redwood Valley.
Wendy and John lived in the same house in Redwood Valley for 50 years.
They have 3 children. Gary Leonard of Ukiah, John W .Leonard, of Sutherlin, Oregon and Lisa Cordis of Richland, Washington.
Wendy has 6 grandchildren. Kevin Leonard of Ukiah, David Leonard, Ryan Leonard and Ciera Gray of Oregon, and Seren Nolasco and Caden Cordis of Richland, Washington.
In 1975, Wendy was appointed by supervisor Tom Crofoot, to serve as a planning commissioner for Mendocino County, serving alongside Marge Boynton and Charlie Barra.
For several years Wendy was a member of the reporting team for the local newspaper, the Mendocino Grapevine.
Wendy loved writing and wrote several short stories.
She later joined the staff at the local DMV office and worked there for almost 25 years. It was quite common for customers there to ask for the English lady with the English accent . She would quite robustly tell them that she is not the English lady, but the Welsh lady with the Welsh accent, She was proud of her heritage.
After retiring she and her husband enjoyed their Motorhome, travelling widely and also paid many trips back to her native home....Wales.
She also spent many hours teaching young girls on the joys of baking, a hobby in which she excelled.
She will be missed by young and old.
Wendy's family thanks Hospice of Ukiah for their kind and professional help in making Wendy's last few days as comfortable as possible. She died peacefully with her loving family surrounding her.
There will be no services.


To order memorial trees or send flowers to the family in memory of Leonard, Wendy, please visit our flower store.