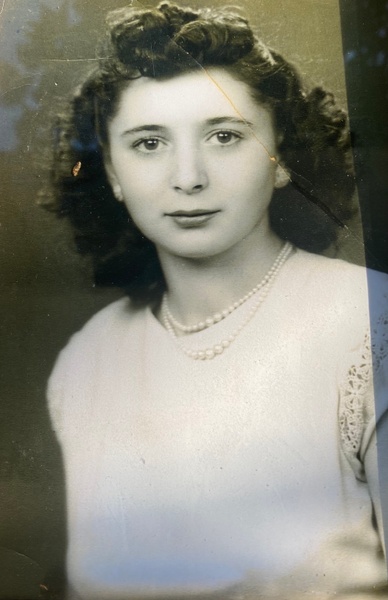 In 1947 she met Lawrence Pacini in her father’s tailor shop in Lucca where she lived and was schooled.  “Larry” was a member of the U.S. Army Occupation.  When time came for Larry to return to the U.S, they married in Lucca.  Lillian then accompanied Larry back to Mendocino County.

While she worked and raised 3 daughters, Lillian also pursued her education in nursing.  Eventually achieving a BS in Nursing and became a Registered Nurse.  She worked at Mendocino State Hospital initially but finished her career in Intensive Care at Adventist Medical Hospital for many years.  Then she worked for Dr. Dawson in Willits.  She was proud and loved her nursing career.

Lillian was very active in her life.  She went through WW2 as a child and as an adult she would sew, knit, square dance and often went to the casinos.

She was a supporter of the Ukiah Sr Center as well as served on the grand jury for many years.

She is survived by: 3 daughters, Linda Ford, Lorie Pacini and Lisa Pacini, 5 Grandchildren and 11 great Grandchildren

At her request there will be no service.

To order memorial trees or send flowers to the family in memory of Lillian Frances Pacini, please visit our flower store.