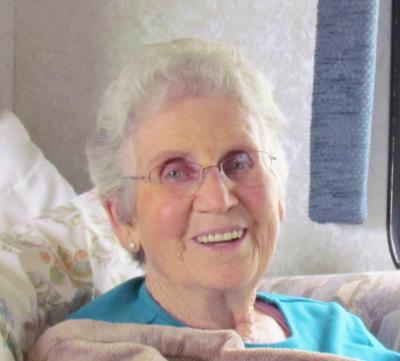 Obituary:
LINDSEY MATRIARCH - LOVED BY ALL
Moja Yvonne Birdwell Lindsey, born August 19, 1928, passed away peacefully on January 22nd at the Lindsey family California home, known as Linholme Ranch & Vineyard, in Redwood Valley, California.
Moja was born in DeKalb Texas, Bowie County. After graduating from New Boston High School as both Valedictorian and Most Beautiful, she attended Baylor University. Subsequently, she and her husband Jim Lindsey embarked on a long and successful career in commercial real estate development and investment. Together they organized a financial institution that served Bowie County, McCurtain County and Dallas County under their leadership till it was sold in the mid-1970s. Moja served as President, making her the first female president of a financial institution in the State of Texas. During this time, she and Jim raised their five children on the 7L Quarter Horse and Cattle Ranch located north of Interstate 30 on Summerhill Rd.
In later years, Moja and Jim bought the land that became Linholme Ranch. The land had been part of the Ridgewood Ranch that was home to the famous thoroughbred racehorse Sea Biscuit. The couple loved to travel in their motor home and visited much of the United States, as well as parts of Mexico and Canada. Moja became an artist and was known in Mendocino County not only for her paintings but also for her generosity in donating those paintings for charitable causes. These works of art included large wine bottles & barrels, rocks, bowls and trays which brought smiles to everyone who saw them. Moja also enjoyed 4-wheeling around the Ranch, especially zooming through the vineyard rows of Cabernet Sauvignon grapes and rows of Tuscan olive trees. She much enjoyed picnics and adventures with her family amongst the Redwoods, Douglas Firs and Madrone Trees whether along the creeks or on the bluffs.
Moja was an exemplar in this life, not only of clarity of purpose and devotion to duty, but also of open-mindedness, compassion, generosity and loving kindness. Also known as Moja Momma, her unconditional love was truly felt by her family at all times and in every situation.
Moja was preceded in death by her parents, William Tallous Birdwell and Daphne Permelia Baldwin Birdwell, her husband, Jim Thurston Lindsey, Sr. and special sister-in-law, Emma Birdwell. Moja is survived by sons Jim and Daniel (wife Julie); daughters Janis (Husband George Huggins), Leigh Anne and Moja Lynn; seven grandchildren, eight great grandchildren, and various nieces and nephews. She also leaves behind two brothers, William Robert Birdwell (late-wife Emma) and Gaylord Tallous Birdwell (wife Treabie), as well as a special sister-in-law Dorothy Lindsey Young.
Visitation will be Thursday, January 28th, 6 to 8 PM. at the Texarkana Funeral Home. Family graveside services held Friday will be at the Sandhill Cemetery located near Simms Texas, Bowie County. The family will be at 6505 Lakeview Drive, Texarkana, TX. In memorial, donations may be made to the GBS/CIDP Foundation International.

To order memorial trees or send flowers to the family in memory of Lindsey, Moja Yvonne, please visit our flower store.