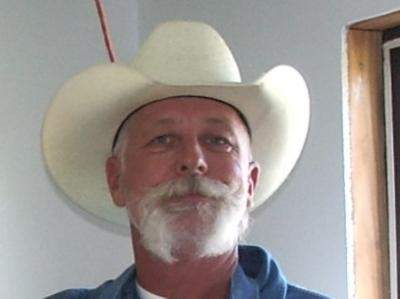 Obituary:
Dennis E. MacFarland was born on August 7th, 1953 in Los Angeles, CA. He was the youngest of two sons, born to Harmon “Mac” MacFarland and Beulah “Maxine” Roper MacFarland. Dennis spent his young years outside Palm Springs attending school there. He volunteered for the Navy at the age of 17 and served in the engine room on the USS Prairie, a destroyer tender, during the Viet Nam war. After his military service Dennis traveled the US spending time in Southern CA, Detroit, MI, New Hampshire and most of the Western States acquiring skills in the building trades. He worked his way up to Journeyman level in 5 trades – roofing (including classic Mission Tile), sheetrock, concrete, framing and finish carpentry.
Returning to the Bay Area in 1980 Dennis worked in construction. In 1982 there was a downturn in the economy and Dennis took a position as a Facilities Maintenance Manager at Arden Wood, a large care facility in San Francisco, CA – 5 stories and 5 wings. This is where he met his wife of 37 years, ElizaBeth G. Brand MacFarland. In 1984 he got his California General Contractors License. Dennis remained in the building trades for the rest of his business life. From Santa Clara county they eventually moved to Windsor, Hopland, Redwood Valley and in 2000 finally settled in Potter Valley where they felt very much at home.
Dennis was famous for his strong work ethic, his amazing BBQ and his giving heart. Never one to turn down a friend in need he found himself involved in many of the lives of the people he cared about in Potter Valley and beyond. He was an active member of the Potter Valley Community United Methodist Church.
He was extremely proud of his marriage, their dog Maggie, home and yard. He and ElizaBeth planted beautiful gardens every spring, sharing the produce far and wide. Each summer they held a BIG BBQ celebrating good food, good friends, and love of life. Dennis so enjoyed using his John Deere tractor to gather manure and turn it in to good garden soil. He was so grateful to see pictures of the gardens he helped put in this year with soil and garden starts.
It was a year ago that Dennis was told he had 2-4 weeks to live. He and ElizaBeth focused on Living each day with gratitude and joy. They realized that they no longer were just believing in the Holy Spirit, they were experiencing it every day, being given strength, courage and joy. And they were very grateful for the prayers and support of their Church, friends, family, and excellent care from Diane Keeton with Hospice of Ukiah, and Dr. Guy Teran and his entire office.
Dennis passed away on June 10th, 2020 with his wife by his side. He is survived by his wife ElizaBeth, his brother David, his niece Heather, many extended family members and many friends and loved ones. A celebration of life will be held at a later date. In lieu of flowers, donations may be made to Hospice of Ukiah, the Potter Valley Community United Methodist Church (PVCUMC) or your favorite charity.


To order memorial trees or send flowers to the family in memory of MacFarland, Dennis E., please visit our flower store.