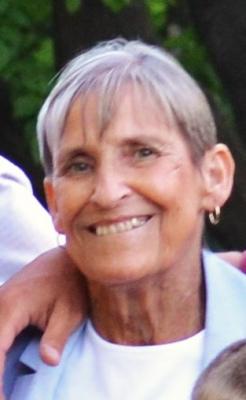 Obituary:
Mary Margaret Branson March
Mary Margaret March left this world during the evening on January 16, 2020 at home with her family by her side.
Born August 29, 1949 in Sacramento, Mary Meg came to Ukiah as an infant with her parents Frank and Polly Branson. She lived her entire youth within the same family home on Walnut Avenue attending Frank Zeek School, Pomolita, and graduating from Ukiah High School with the Class of 1967. Soon after graduation she headed off to attend college at the University of Denver where she earned a degree in Sociology and a minor in Geography.
In Denver she met many other students who became lifelong friends and she became an avid hockey fan. In 1971 she married Lynn Powis, a University of Denver hockey player, who was drafted by the Chicago Black Hawks. They moved to Chicago, then on to Kansas City to play for another pro team where son Erin was born. The world of professional sports kept them traveling nationally and internationally throughout their marriage.
Returning to Denver with her young son Mary’s life changed from constant traveling to permanency. Shortly after becoming a single parent she decided to move back to Mendocino County to be by her parents who had moved to Potter Valley. One day when stopping by a local garage sale she learned the house and small parcel of land was for sale. It even had a small barn. It didn’t take long for her to decide this would be her home in the Valley. Mary spent the rest of her life living there.
Soon after her arrival to Potter Valley she met Chuck March, a local farmer. They married in 1984 and welcomed a second son, John, into the family.
Mary was fully involved in the community’s activities. As a 4-H mom she made all the blankets for the Sheep group, was a head guardian for Sheep Camp several summers, a main organizer for the 4-H Club members at three fairs each year and even escorted youth to the Jr. Grand National Show at the Cow Palace. She was an active Potter Valley Festival and Rodeo volunteer through many years. Countless youth growing up in Potter Valley loved her as their second mom and she was always willing to lend a helping hand to others.
Mary served 32 years on the Board of Directors for the Savings Bank of Mendocino County. In her professional life she worked in Ukiah at the Palace Place Dress Shop, Reliable Mill and then went back into her first profession that she truly loved, working as a travel agent at Travel Time.
Mary was preceded by her parents, Frank and Polly Branson, her sibling Jim Branson and her special other mother from birth, Edna Guerrero. She is survived by son Erin and wife Lindsey; son John and wife Grace; her cousin Charles Mannon and wife Wanda; and six beautiful grandchildren.
The family especially wants to thank the wonderful group of dedicated caregivers who gave much love and help throughout the past months.
A celebration of life will be held at Lake Mendocino Club House on Feb. 22nd at 11am.
In lieu of flowers, donations may be made to Potter Valley Volunteer Fire Department and the Mendocino Historical Society.


To order memorial trees or send flowers to the family in memory of March, Mary Margaret Branson, please visit our flower store.