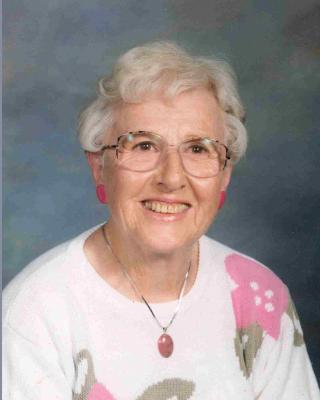 Born in 1924, to Columbus and Bernice in Colorado, Emily grew up in the Denver area and completed her B.A. in Social Work at the University of Denver.

She married Wayne Parcel while completing her degree, then moved to Connecticut and Pennsylvania with him and assisted in his metallurgy lab and typed up his thesis while working in a library of Social Work.

In Pennsylvania they had 2 daughters, then moved to the Bay Area, and added a son. Emily was an incredible Mom, active with everything from holding "craft days" to oil painting, Emily was active in the Unitarian Church, running the Christmas pageants; and always lent a helping hand to friends and neighbors. She later became a medical office assistant for Dr. Donald Harris.

Wayne passed in 1973, and Emily later married Dr. Howard Martin, father of 2 children. Howard "Howie" and Emily adopted each others' art hobbies, and were active in the Los Altos Methodist Church and Habitat for Humanity.

Services will be held at the Los Altos United Methodist Church, on April 27th at 3pm. In lieu of flowers, donations may be made in Emily's name to Habitat for Humanity.


To order memorial trees or send flowers to the family in memory of Martin, Emily Parcel, please visit our flower store.