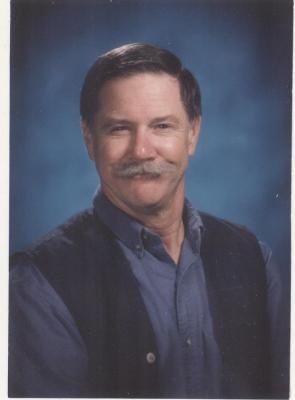 Obituary:
William “Bill” Mattsson - 1942 – 2018
Born in Sacramento, CA, June 27, 1942, Bill was the eldest son of Hendrick and Ruth Mattsson. He attended Alameda public schools, graduated from Encinal High School, and received a Bachelor of Arts degree and teaching credential from the California College of Arts and Crafts in Oakland, CA. Fulfilling a career goal, Bill accepted his first position in 1967, as an instructor of pottery, jewelry, crafts, and English at Ukiah High School from where he retired 34 years later. He enjoyed helping students, beginning at the Pomolita high school campus and moving to the new facilities, where he reveled in the new equipment and light-filled classroom. Fellow teachers commended him for his support of students, particularly those of native American background. He also generously contributed to Native American causes. During early teaching days, Bill was noted for playing pranks on fellow teachers to “lighten their days.” After retirement, a favorite activitiy was his Tuesday morning gathering with fellow retired teachers at Schat's in Friedman's. With latte in hand, he would pontificate, or in Bill's words, “rant,” for 3 or 4 minutes, apologize, and then “get off his soap box.” Most of the time spent at those gatherings included “Swapping lies” and reminiscing about old times.
As a young man, he was an avid fisherman, hiking the Sierras and the area around Trinity Lake. As a plank owner of the MV (Motor Vessel) Queen, a two float pontoon, built by a friend of his, he spent many summer vacations dipping his line into Trinity Lake. Bill was well read in many areas, enjoyed discussing politics, and thoroughly relished fishing near his second home in Hat Creek, CA.
Mattsson is survived by Hiroko Mattsson, his wife of 50 years, and two brothers, Tom Mattsson of Montana, and Mike Mattsson (Sue) of Sacramento, and sister-in-law, Yoshiko Kikutani of Japan.
He died unexpectedly in his home January 27, 2018.


To order memorial trees or send flowers to the family in memory of Mattsson, William "Bill", please visit our flower store.