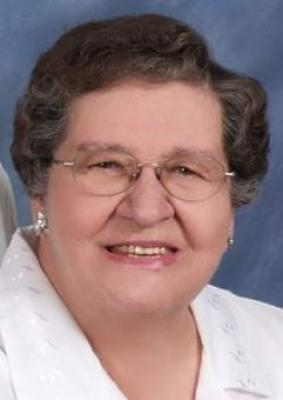 Obituary:
Betty McConnell passed from this world of natural causes on April 6, 2020 at the age of 91. She was the middle child and only daughter born to Stewart Sr. and Alice Campbell of Oakdale, PA. Growing up on a farm in rural western Pennsylvania, she often shared stories of the kind of life they led and especially how she would have loved to have been assigned to washing the dishes instead of being responsible for feeding the multitude of chickens or helping with the cows.

Betty met her future husband Clark McConnell early in her teen years. After dating several years, completing her high school education and Clark’s discharge from the service, the two were married in March 1948. They celebrated their 72nd wedding anniversary only a month prior to her passing. Upon her graduation from high school, she went to work for RCA and continued working for them until the birth of her eldest daughter. She often talked about being the first in her family to own a television set and how her family members would gather around it sitting in the dark to watch one of the early programs available at the time.

In 1957 Clark and Betty packed up their young family and moved to Ukiah where her husband had relatives already residing. Upon their arrival in town, she quickly became involved in the Ukiah United Methodist Church and its various organizations including the United Methodist Women. After keeping exceptionally busy raising their four children, she eventually went to work for the Social Security Administration in their Ukiah Office. During her employment, she received several awards including the Service Award. She retired after 20 plus years of dedicated service which provided the opportunity for Betty and her husband to travel to various locations around the country where they were afforded the opportunity to enjoy the outdoors they loved so well.

Betty was a 60-plus year member of the Ukiah United Methodist Church and was also an active and devoted member and supporter of the various Masonic organizations including the Kingsley Augusta Chapter Order of Eastern Star and Bethel #106 of the International Order of Job’s Daughters. She was a Past Matron of Kingsley Augusta Chapter and served many years as an officer at both the local and district level which she enjoyed immensely. Her affiliation with these organizations meant the world to her and she treasured the time she spent with the many friends she made along the way. In her spare time, she loved to crochet with many family members and friends being the recipient of her beautiful handiwork. She was also responsible for crocheting a multitude of cuddle blankets that she then donated to the patients at the Shriner’s Hospital for Children.

Donations in Betty’s honor may be made to the Ukiah United Methodist Church or the Shriner’s Hospital for Children, 2425 Stockton Blvd., Sacramento, CA 95817.

Due to the current social distancing restrictions, a joint Celebration of Life will be held at a later date at the Lake Mendocino Clubhouse. An announcement will be made prior to the date in the hopes that everyone will be able to come and share their memories of both of our parents with us.


To order memorial trees or send flowers to the family in memory of McConnell, Mary Elizabeth "Betty", please visit our flower store.