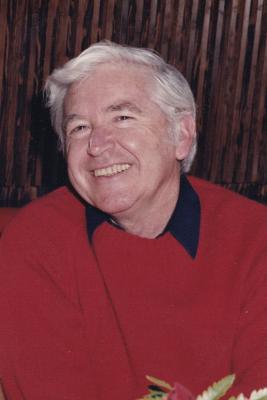 Obituary:
Edward William McInerney was born on May 21, 1929 in San Francisco California. He passed away peacefully on Sept. 4, 2021. He graduated from Ukiah High in 1946. He served in the Army from 1951-1953 where he was in the CIC. Ed married Joyce Jorgensen on May 31, 1958. They were married for 63 years. Ed started working for Bank of America when he was 17 years old, he worked for the bank for 42 years. He lived in Antioch for 44 years. He was the Branch Manager in Antioch and Brentwood.
Ed loved people. He loved talking to them and helping them. He had a great sense of humor and was always seen laughing and smiling. He was a loving husband, father, grandfather and great grandfather.
He is survived by his wife Joyce, his daughter Julie(David), his son in law Craig, his grand children Leigh, Carolyn, Robin(Ariel), Joshua, and Will.He is also survived by 5 great grandchildren Ezra, Mishael, Mateo,Genesis, and Tirian and his nephew Kevin(Sara). He is preceded in death by his daughter Victoria, his brother Jack and his nephew Michael. There will be private graveside services in Ukiah.

To order memorial trees or send flowers to the family in memory of McInerney, Edward William, please visit our flower store.