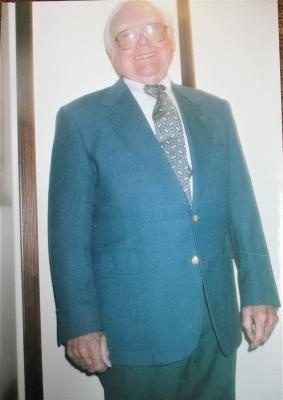 Jack enlisted in the Navy right out of high school on June 21, 1944. He was honorably discharged as a radioman second class in 1946. He lived in San Jose and worked in dispatch where he met his wife Allodene. They were married on September 2, 1962. They eventually settled in Ukiah where they raised their children. Jack worked in real estate and insurance before opening tax offices with his wife Allodene in Willits and Ukiah, California. In their retirement years, Jack and Allodene loved to travel in their fifth wheel trailer with their dog, Nemo and enjoyed meeting new people on the road.

Jack enjoyed the simple things in life like a good meal with family and friends, and listening to the radio. He enjoyed listening to sports games on the radio more than watching them on TV. He always had his portable radio with him tuned into his favorite am stations.

There will be an outside graveside service on April 9th, 2021 at 1:00 pm at Ukiah Cemetery for those who knew Jack and would like to attend.


To order memorial trees or send flowers to the family in memory of McInerney Jr., John "Jack" Joseph, please visit our flower store.