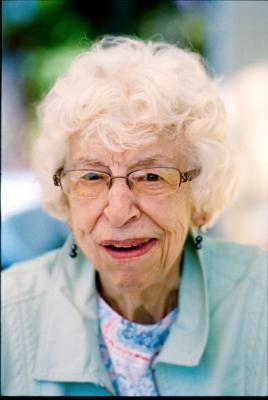 Obituary:
On the last day of spring MaryAnn Michelsen, (Schroeder) 89, of Ukiah, CA was taken to her beloved Grace Lutheran Church by her granddaughter Paloma. At dinner time she asked her caregiver, Janis, to call 911 because she was having trouble breathing and she was taken to the ER where Janis stayed with her until her pastor arrived. Pastor Kristi stayed with her until and after family arrived. Mary Ann insisted that she wanted to go to sleep and wake up in heaven, and although no one thought she was going to be able to do that, that is exactly what she did. She refused to wake up (she could be very stubborn) and died in her sleep on the first day of summer. Her children, Paul, Kathy, Carl and Heidi were able to talk with her before she went to be with Jesus and her beloved husband, Johann (Mike) Michelsen, to whom she was married for 57 years before his passing in 2012.

MaryAnn was born at home to Mary and Henry Schroeder in Coal Valley, Ill. on March 9, 1932. She grew up on the family farm with her 6 brothers and many aunts, uncles and cousins. Being the second oldest and only girl meant she was the second Mom to her brothers Ed, Bob, Don, Ted, (who all predeceased her) and Art and Dave who survive her, and special sister-in-law to their spouses.

After graduating from Valparaiso University in Indiana, she set off for California to teach science and home economics at the Lutheran High school in Inglewood, CA and took up residence at a Lutheran hostel where she met her husband, Johann (Mike) Michelsen. They quickly fell in love and were married on August 6, 1955.

They began their married life in Hawthorne, CA, but after exploring the idea of moving to Australia, the family moved to Sunland, CA, where they raised their four children. They were members of Faith Lutheran in Tujunga, CA, for many years.

MaryAnn was an amazing Artist and passed on her talents to her children and grandchildren. She was a teacher, realtor, square dancer, gardener, baker, reader, traveler, choir member and quilter. Her children fondly remember the many little trips she and Mike would take without them, calling them “the honeymooners,” another trait they passed on to their children. She supported her children, Paul, Kathy, Carl and Heidi, in their many interests, from music to art to sports, driving them all over LA while getting her Master’s degree and later teaching at several Los Angeles area community colleges.

Mary Ann and Mike moved to Ukiah, CA in 1990, to be closer to their grandchildren, where they became active members of Grace Lutheran Church. She loved her church family and was always willing to lend a hand or bring a casserole or dessert.

In retirement she focused much of her talent on quilting, which Mike said kept her sane. She joined several local quilting groups and loved her quilt sisters. She sold a few of her works and gave many away to family, friends and various causes. She participated in the quilt show at the Ukiah library for many years and even had one of her quilts hung in the National Quilt Museum in Paducah, KY.

Mary Ann was a loving mother and great example to her four children, an amazing mother-in-law to Holly, Jim (who predeceased her), Joe and Mary. She was the proud grandmother of Elizabeth, James, Paloma, Hanna, Martin, Terrence, Matt, Pat and Johann, and great-grandmother to Serene, Jasmine, Jade, Rhea and Austin, as well as Aunt and godmother to many nieces and nephews. She had a great talent for friendship, maintaining relationships from college and earlier days through letters and phone calls. She was a friend to all who met her.

A celebration of Mary Ann’s life will be held at 3:00 in the afternoon on Saturday, July 3rd at Grace Lutheran Church, 200 Wabash Ave., Ukiah, CA.

To order memorial trees or send flowers to the family in memory of Michelsen, MaryAnn, please visit our flower store.