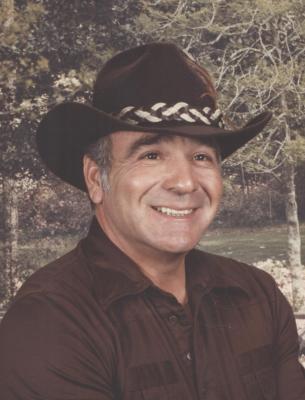 Funeral services for James Edward Miller will be held on Sunday, October 26, 2014 at 2 p.m. at Eversole Mortuary.
Born July 13, 1941 in Tahlequah, Oklahoma, James passed away on Saturday, October 18, 2014 in Sacramento. He served his country in Vietnam in the US Marine Corps. He was a retired heavy equipment operator from the Operating Engineers Union Local #3. Although James resided in Sacramento for the last 20 years, he lived in Ukiah for most of his life, he called Ukiah home.
James was very proud of his Native American culture and a proud supporter of the Ukiah Pop Warner Football League. He was a huge fan of the 49ers, Giants and University of Oklahoma football team. He loved to spend his time traveling the open road and as an avid outdoors man, he loved fishing, hunting, camping and panning for gold with his children. He loved gambling and boxing. Everything he did, every stop he made had a story, and he loved to tell those stories to anyone that would listen. He had a way of drawing you into his stories and painting pictures so clearly, you felt as though you were there with him when they happened.
While married to Carol Homes, they had 3 boys. Jon Miller (wife Michelle, children Presley, Sydney, Liam and Lainey), Charlie Miller (children Gabby and Dawson), and Dondi Miller (children Rachel, Rebecca, Michael and Macie). He was then married to Gladys Miller until her death in 1999. He is also survived by his longtime girlfriend and companion Dominga Dacuyan, who was with him until his passing, his siblings Anita Jenkins, Dallas Miller and Udale Miller. He was preceded in death by his parents Henry and Rachel Miller, and by his siblings Bob Miller, Louise Parker, Lucille Mayfield and Wynema Sloan.
Eversole Mortuary is in charge of arrangements.

To order memorial trees or send flowers to the family in memory of Miller, James Edward, please visit our flower store.