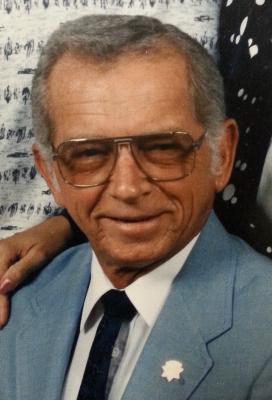 Jay passed away on March 11, 2016, at the age of 81, after a long illness. He is survived by his wife, Dorinda Kay Miller, sons James W. Miller Jr - Tonopah, NV and David Eric Miller (wife-Mary Miller and grandchildren; Jennifer, Tammy and William Barnes) - Livermore, CA; and daughters-in law Jen Kephart (grandchildren; Autumn Webster and Caitlyn Prince) and Tabitha Hedrick (grandson, Colton Prince).
Jay is proceeded in death by his parents – Walter and Alberta Miller; beloved son, Paul Dean Prince, courageous sister – Delor Baldwin; first wife, Sharon Miller (parents-Ralph and Kay Whittaker); and mother-in-law, Patricia Arnold.
Jay was born in Bartlesville, Oklahoma on September 14, 1934, and lived In Caney, Kansas. After graduating high school in 1951, he enlisted in the military where he served four years in the Navy and eight years in the Air Force as a flight mechanic.
He joined the Mendocino County Sheriff’s Office in 1965 as the first Potter Valley Resident Deputy and from there continued a career that spanned 30 years and the following promotions and assignments (1973) Sergeant, (1978) Lieutenant, (1984) attended the 136th Session of the FBI National Academy in Quantico, Virginia, (1989) he was selected as the first Public Information Officer, and also as Chief Deputy Coroner of which he served in those capacities until he retired in 1992, then he continued on as a Mendocino County Sheriff’s Office Reserve Deputy.
After leaving the Sheriff’s Office Jay went to work for the Savings Bank of Mendocino as a courier for 10 years before he retired completely.
Instead of services a Celebration of Life is being planned and will be announced at a later date. In lieu of flowers, the family requests denotations to your favorite charity.


To order memorial trees or send flowers to the family in memory of Miller, James Walter, please visit our flower store.