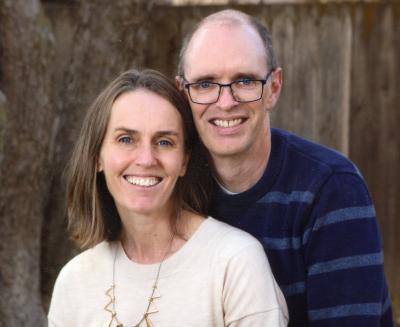 Obituary:
With heavy and tender hearts we announce the passing of Dan Bergen Millward, our beloved husband, father, son, and brother. Dan was called home by our Heavenly Father on Monday, August 23, 2021, having succumbed to health complications brought on by granulomatosis with polylangiitis, a rare condition only recently diagnosed.

Dan was born on January 23, 1970 in Salem, Oregon. In following years, Dan became the eldest of six sons as his five brothers joined the family. In 1976, the family moved to Great Falls, Montana. Dan had an early morning paper route from age eleven to graduation, where he learned hard work and discipline. Between his junior and senior years, Dan completed an internship performing medical research at Montana State University. He completed his high school education and developed his interests in music, exercise, and myriad intellectual pursuits, graduating from Great Falls High School in 1988.

He then attended Stanford University in a doctoral program, completing his PhD in Chemistry in 1999 with high honors. His PhD dissertation involved the study of Group 4 metallocenes as catalysts and reagents for a variety of bond forming reactions, including the zirconcene-mediated cyclization of 2-bromodienes, the carboalumination of olefins by cyclopentadienyltitanium amido complexes, and the enantioselective ring-opening reactions of oxabicyclic alkenes through hydride or ethyl addition. If you are other than an advanced chemist, you now know how it felt to have Dan attempt to explain his studies or work in non-layman’s terms.

Dan also acknowledged a new romance in his dissertation, writing “I am deeply grateful to my fiancé Jill, for her patience with ‘reagent man,’ and for her love.” On August 7, 1999, Dan married his eternal companion, Jill Elise Henrie. They were sealed with great joy in the Oakland California Temple.

After the wedding, Dan attended the Massachusetts Institute of Technology as a Postdoctoral Associate Researcher for the 1999-2000 school year. Dan and Jill welcomed their first son, Ethan, in May of 2000. Also in 2000, the family moved to Alameda, California where Dan became the Director of Chemistry for NanoTex, developing fabric treatment products and improving fabrics through chemical processes. Their second son, Sam, was born in December of 2001. In 2002, Dan worked briefly as the Director of Chemistry at Chelatec, where he developed a rapid immunoassay for typhus.

In 2003, Dan went to work for Micron Technology as an Engineer in Boise, Idaho. He worked for Micron through 2015, followed by six years as a DuPont Technical Field Service Engineer, both jobs in the semiconductor industry. His area of expertise was Lithography, the application of light and chemistry to define features resulting in geometries that are 10x smaller than the human hair, which allows cell phone, computers, and a wide array of electronic devices to be manufactured. Dan’s chemistry expertise allowed him to work with the most advanced semiconductor R&D groups for developing chemistries to enable next generation semiconductor devices. He was considered one of the world experts in the field of Directed Self Assembly chemical compounds. He chaired conferences, gave very well attended talks, wrote papers, and was referenced on multiple patents. He will always be remembered as one of the most humble intellects because he was always approachable and willing to help anyone that asked for guidance and advice.

Dan and Jill’s daughter Eowyn joined the family in April of 2006 during Dan’s time with Micron in Boise. In the summer of 2020, the family moved to Jill’s native town of Ukiah, California.

Dan was a brilliant and able scholar, as evidenced by his strong academic and vocational achievements. An inventor and holder of 99 patents with 134 publications, he achieved his lifelong goal of applying his knowledge of chemistry to solving practical, meaningful problems. He characteristically used his considerable gifts to serve and bless those around him. We were all enriched by his wisdom, wit, quick sense of humor, and frequently broad and sometimes wry smile and laugh. He was a voracious reader of a wide range of topics. Dan had a keen love particularly for J.R.R. Tolkien’s books and for Star Wars.

Physical fitness was important to Dan. During his high school and college years, he focused on lifting weights. In later years Dan and Jill participated in distance running and ran marathons together. His excellent cardiovascular health allowed him to spend a few more precious days on earth during his last illness.

Music was a central theme to Dan’s life. His interest grew first in singing. An accomplished guitarist, he took great pride in his bands, notably the ever-newly named group “Also Known As,” and the Boise band “The Clean Machine,” in addition to playing music with his father, brothers, and many friends over the years. In later life he further developed his passion by learning the bass and drums.

Dan was a gifted man in more ways than could be accounted in this short space, but most importantly, he was a faithful disciple of the Lord Jesus Christ and led an exemplary life of service. He diligently followed the Savior’s example in showing kindness, compassion, and love to all. Dan was always the first to think of others and the last to mention his own tremendous accomplishments and abilities. His great love and encouraging demeanor with children touched many lives. He was a marvelous father to his own children and a loving husband to Jill.

Throughout his life, Dan was a man of faith and a devoted Latter-day Saint. He served in notable callings in the Church, including as an executive secretary, elders quorum president, stake clerk, high priest group leader, and counselor in a bishopric. He voluntarily left the bishopric to serve as a much needed scoutmaster where he influenced the lives of his sons and many other young men.

Dan was a bright light and leaves an aspirational standard for all of us in how to lead a good and honorable life. Dan often quoted Gandalf’s advice in The Fellowship of the Ring: “All we have to decide is what to do with the time that is given us.” Dan decided well.

Dan is survived by his beloved wife Jill; his children Ethan, Sam, and Eowyn; his parents, Jim and LaRee; his brothers William (Holly), Joseph (Kamie), Steven (Misti), Gary (Rebecca), and Wayne (Shannon); father and mother-in-law Patrick and Jo Ann Henrie; sisters-in-law Amanda Grace, Jeni Henrie (Tim Olson), and Sara Bogner (Ben); nine nieces and nephews on the Henrie side; seventeen nieces and nephews on the Millward side; and numerous aunts, uncles, and cousins. He is preceded in death by his uncles Tony Millward, Jody Millward, and Kent McGregor, and his aunt Martha Robertson.

To order memorial trees or send flowers to the family in memory of Millward, Dan Bergen, please visit our flower store.