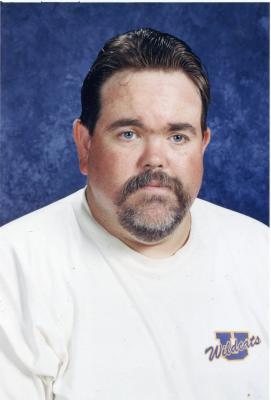 Obituary:
The family of Gary Robert (Boomer) Myers is saddened by his sudden death on January 22, 2021. Gary is well known in the community for his enthusiasm for the local sports programs. “Boomer” received his nickname from Ed Boyle, Mendocino College Basketball coach, according to Gary in 1977. The “Boomer Awards” (June 23, 2019, article UDJ) became a local tradition highlighting those who support Ukiah High School athletics.
Gary was the equipment manager for the Pop Warner Football and Brad Shear was his mentor.
He donated his time with Pop Warner for nearly fifteen plus years.
Gary worked with Ukiah High School team sports organizing uniforms and gear. He served as a scorekeeper for many sporting events and especially enjoyed overseeing the Concession Stand.
Gary helped at various South Rotary projects. His help was always appreciated, and he was proud to have been made an Honorary Member of the club. He was also loved at the Ukiah Players Theater. He helped there with landscaping upkeep and building sets. He devoted many years to the Plowshares and the Food Bank.
Gary leaves many family and friends upon whom he depended on for companionship, transportation and advice. Most recently, Gary enjoyed being Santa Claus during the Christmas Season.
Gary Robert Myers will be missed by family, many friends, and the community at large.
Gary is leaving behind his nieces Megan Shultz and Darci Anderson; Aunts and Uncles, Charley and Marie Myers, and Joyce Myers; his cousins Lori Broin (Kevin), Randy Myers (Michael Flaherty), Andrea Werra (Mike).
Predeceasing family are his father Robert L. Myers, mother Jacquiline Myers, his sisters Lynne Myers and Karen McCoy, and his uncle John E. Myers.
Donations are preferred by the family to be made to the Ukiah High School Alumni Assoc., 1000 Low Gap Road, Ukiah, Ca 95482.

To order memorial trees or send flowers to the family in memory of Myers, Gary "Boomer", please visit our flower store.