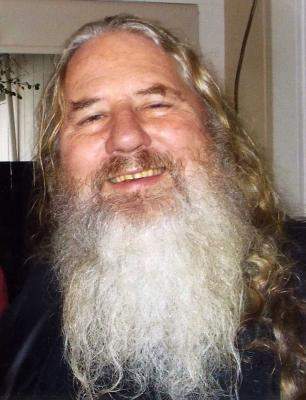 Obituary:
William Leslie Nash 'Bill' passed away on Thursday, June 23, 2016. Bill was born August 2, 1952 in Cornerbrook, Newfoundland. He was preceded by his father William L. Nash and his mother LaVonne Parriman Nash. Bill is survived by his wife, Donna Roberts Nash, stepsons Sebastian Roberts and Julian Williams and his wife Alecia, daughter Ashley and her children, his sister, Sarah Susan 'Susie' and her husband Bob Russo, niece Stephanie Stutsman, his cousins Jo Ann Porter, James and Heather Hamilton, Jerry and Gail Hamilton. He was known as 'Uncle Bill' to numerous extended family and friends.
Growing up in Ukiah, Bill loved to go fishing with his mom and sister. He played baseball and was involved in Demolay. He graduated from Ukiah High in 1970. During high school he worked in the gas station where Bayley's Coffee currently resides and his love of cars blossomed. He and his friends worked on old cars so they could race against each other. (You guys know who you are)
Bill discovered motorcycles in his 20's and his lasting legacy began. Disappointed that the statewide Toy Run wasn't benefiting kids locally, he and five friends started the Ukiah Toy Run in 1979 and teamed up with the Ukiah Valley Christmas effort to ensure that all donations were distributed appropriately. Bill continued to coordinate the Ukiah Toy Run for 36 years and helped start toy runs in several other communities in California.
Bill was a man of many talents. Among his many accomplishments most will remember him from his motorcycle shop (Freedom Cycles), the gas station on Cherry St. He was a bartender and event coordinator throughout his adult life. Although he was retired he kept busy driving for wine tours, weddings and other events, working on our property and helping other people. He loved his family, his own piece of land, his motorcycle and his collection of Nash cars.
For those who wish to say goodbye a viewing will be held on July 1st at Eversole Mortuary between 11:00am and 4:00pm.
On July 9, 2016, to honor Bill and his devotion to the Ukiah Toy Run and the Christmas Effort, Bill will take his last ride accompanied by family and friends and his biker brothers. The procession will start at Bayley's Coffee located at 1320 S. State St. at 10:00am and proceed north on State St. to Lake Mendocino Dr. and the Lake Mendocino Clubhouse. Services will be held at the Clubhouse immediately following the ride.
A private family service will take place on Monday, July 11th at 11:00am at the Ukiah Cemetery.
In lieu of flowers please make donations to the Ukiah Valley Christmas Effort P O Box 801, Ukiah, CA 95482 or call 707 272-9627


To order memorial trees or send flowers to the family in memory of Nash, William "Bill" Leslie, please visit our flower store.