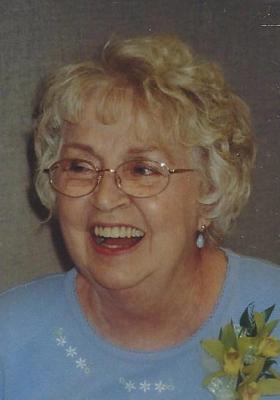 A dear and generous person to her many friends and family, Abbie Ojanpera passed away on Friday, February 5, 2016. She was 81 years old.

Born in June of 1934 in Shamokin, Pennsylvania, she graduated from Shamokin High School and was a long-time member of their alumni association.

Abbie joined the Navy in July of 1952 and was stationed at the U.S. Naval Hospital in St. Albans, New York. She was honorably discharged in 1954.

She retired from Mendocino County as Supervising Deputy Tax Collector with 29 years of service to the County. She was very active in her retirement years with the Association of Mendocino County Retired Employees.

She is pre-deceased by her Mother and Father, Marian & Raymond Rumberger, her brother Thomas Rumberger, and former husband Walter Ojanpera.

At Abbie’s request there will be no funeral. She will be buried at Rose Memorial Park in Fort Bragg. A memorial service is planned at a later date.

Charity donations in her name may be made to the Ukiah Senior Center, or any charitable organization of choice.

To order memorial trees or send flowers to the family in memory of Ojanpera, Abbie M., please visit our flower store.