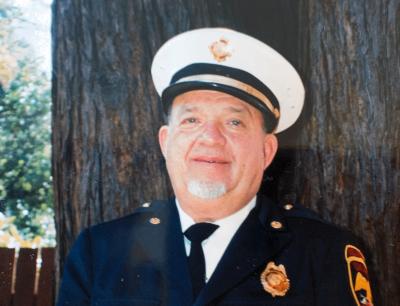 Obituary:
William Thomas Ornbaun, 89 also known as Bill or Willy passed away peacefully surrounded by his loving family, at his home in Ukiah on Friday the Seventh, of February 2020. Bill was born and raised in Ukiah. After graduation from Ukiah High school, class of 48, Bill worked for Masonite until 1951 when he entered the Marine Corp and served for 3 years. Bill then worked for Continental Baking Company (Wonder Bread) for 30 years. The work he most loved was being a volunteer fireman for the Ukiah Fire Department, which spanned over 40 years. He started at the age of 8 ringing the bell on the fire truck with his father Percy Ornbaun. The rock house on State Street use to be Ukiah Valley Creamery which was built by Bill’s Granddad Thomas. Bill and his cousin using a wagon would go to Russian River each day and pick up rocks that were used to build the creamery. Bill was a member of the Ukiah Elks Lodge and enjoyed spending time with all of his friends. He was also an avid hunter and loved being at his mountain cabin. Bill loved life to the fullest and made the most of each day. He never met a stranger and had one of the biggest hearts we’ve ever known. He will be truly missed by his family, extended family and friends. In lieu of a service, at a later date, there will be a Celebration of Life.


To order memorial trees or send flowers to the family in memory of Ornbaun, William Thomas, please visit our flower store.