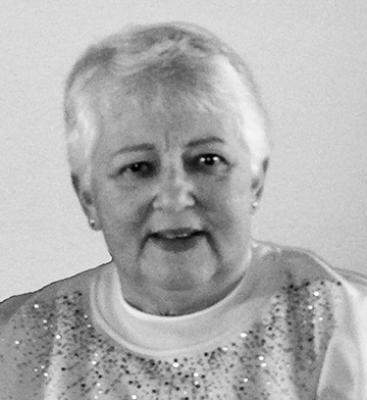 Obituary:
Betty Arlene Orsi, 83, peacefully entered into Heaven on October 24, 2015, in her Ukiah home with her loved ones by her side.

Born April 16, 1932, in Santa Rosa California, Betty was the eldest child of Wesley Peter Greeott and Angela Marie (Delucchi) Greeott. Upon graduating from Ukiah High School, Betty worked for Pacific Bell as well as local attorneys. This is when Betty met her husband, Paul Donald Orsi; they married on April 12, 1953. Together they ran Paul’s Grocery Store on the corner of Spring and Walnut streets, catering to the Ukiah High School students nearby. Betty made sandwiches and hotdogs in the little apartment behind the store and sold them in the store during lunchtime to the students. During this time, she began her very long and active involvement with St. Mary’s of the Angels Catholic Church as organist and, eventually, music director. She subsequently began her career in the medical field as Director of Medical Records at Hillside Hospital, later to become Ukiah Valley Medical Center, where she retired.

Betty was an avid gourmet cook who always brought her family together on holidays and any special occasion. She gave her family all her love by nourishing them with her masterfully prepared meals. She loved the ocean and animals of all kind.

Funeral services will be held on Tuesday, November 3, 2015, at 11 am. at St. Mary’s of the Angels Catholic Church, 900 S. Oak St., Ukiah, California. Arrangements are under the care of Eversole Mortuary. The family asks that memorial contributions be made to the Cancer Resource Center of Ukiah.


To order memorial trees or send flowers to the family in memory of Orsi, Betty Arlene, please visit our flower store.