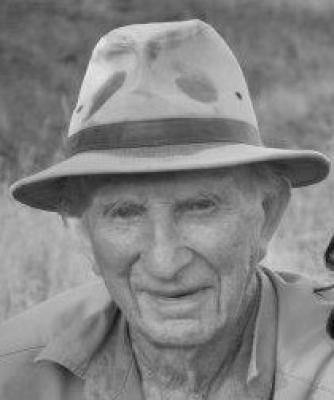 Obituary:
Graveside services for John R. Poor Sr. of Hopland will be held on Wednesday, May 3, 2017 at 2 p.m. at Ukiah Cemetery. Born November 23, 1923 in Ukiah, John passed away at his home on Wednesday, April 26, 2017 with his family by his side.
“When you live life like John did for 93 years, 5 months and 2+ days you earn a whole lot of respect! As one person put it, ‘Hopland lost a third generation farmer and a Hopland icon on April 26, 2017’, we can’t think of words strong enough to describe him, but we will say if there is a heaven they are about to learn how to farm and live off the land there.”
John is survived by his children, Charles Woolley (Betty), Karen Stratman (David), John Poor Jr. (Susan), Kathleen McWilliams (Robert), Willa Lyle, 14 grandchildren, 22 great grandchildren, 2 great great grandchildren and 1 nephew. He was preceded in death by his daughter Carol Jean Walters, son William Poor, grandson Matthew Poor, brothers Harry Poor and Lesley Lodge and sisters Willa Becker and Dr. Elizabeth Lodge Rees.


To order memorial trees or send flowers to the family in memory of Poor Sr., John R., please visit our flower store.