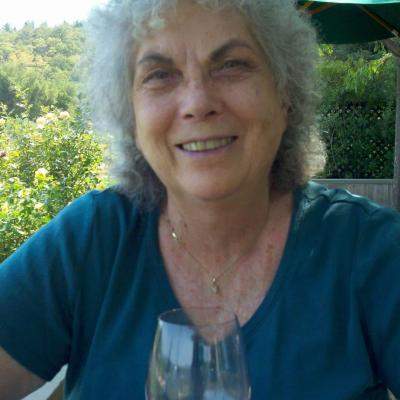 Obituary:
Passed away peacefully on Wednesday June 17, 2020 at Sutter Santa Rosa Regional Hospital in Santa Rosa, CA of natural causes. She was surrounded by her family and her husband, Frank, to whom she was married to for 56 wonderful years.
She was a long time resident of Ukiah Ca. Cathy was born on August 11, 1941 in Ft. Collins, Colorado. Her father was in the Army so Cathy lived in different places growing up. She moved to Santa Rosa, Ca as a teenager. Cathy went to school at Santa Rosa High School where she graduated and moved to San Francisco with her sister Carolyn. Cathy started working for Pacific Bell on Montgomery Street in San Francisco. While working in the Pacific Bell building she met the love of her life, Frank Porzio. Frank was in charge of the elevator operations in the building and they would talk every day. Pretty soon, Frank asked her out. During their courtship, Frank was drafted into the US Army and Cathy promised to wait for him. When Frank returned from his service they were married at Saints Peter and Paul Church in San Francisco on August 15, 1964. They then moved up to Ukiah, where Frank’s family lived. Cathy continued to work for Pacific Bell and became manager of the store. She worked for Pac Bell and AT&T for 22 years and retired in 1983. She changed direction into Real Estate. She received her real estate license and worked for the next 7 years for Century 21 Les Ryan Realty where she won numerous awards for her sales. In 1990 she decided to start yet another career and began working for the County of Mendocino as an Eligibility Specialist.
In 2000 Cathy was diagnosed with cancer. She met this challenge head on and fearlessly beat the odds. She remained cancer free for the rest of her life. In 2002 she retired from Mendocino County Department of Social Services. Cathy was the most giving woman there was. She would help anyone that needed help, no questions asked. Her strength and her love of family was unprecedented.
She loved her children and her grandchildren and was truly their biggest fan. She never missed a Soccer, Baseball, Basketball or Football game. She was a tutor, mentor, coach, cheerleader, teacher, and travel agent to everyone. Always volunteering or helping with donations or whatever needed to be done. Cathy also enjoyed sewing and knitting. She was especially fond of the holidays. Decorating, baking and cooking were a huge tradition of hers. Cathy’s leg of lamb dinner could not be matched! She loved researching family history and the Native American Culture. One of her favorite things was collecting Native American baskets and jewelry. Grace Hudson Museum was one of her favorite places to go. She loved going into San Francisco to watch the Broadway Musicals at the Orpheum, Golden Gate, or Curran. For years she had been a season ticket holder. Cathy loved to travel. She traveled the world and some of her favorite places were Figi, British Virgin Islands, England, Italy, Slovenia, Germany, Australia, and Ireland. She was proud to say she visited every state in the US. She loved the ocean. Cathy and Frank are long time members of the Snorkel Snoopers Dive Club which had them camping and diving at the Mendocino Coast. She’d say there was nothing better than fresh Abalone.
Cathy is survived by her Loving husband Frank, Sister Beverly (Frank) Montford, Daughter Lisa (Tony) Brocchini, Son Louie (Debbie) Porzio, Grandchildren Anthony and Nicholas Brocchini, Francesca and Vincent Porzio and many nieces and nephews. Cathy was preceded in death by her Father Victor Wolfe, Stepmother Virginia Wolfe, Brother Victor Wolfe Jr., and Sister Carolyn Wolfe.
Cathy will always be remembered for her smile, her strong will, her compassion for others, her sense of humor and her unending commitment and unmeasurable love for her family and friends. Rest in Peace mom. We know you’re enjoying a glass of red wine right now in heaven. So, Cheers until we see you again. We will have a Celebration of Cathy’s Life when the limitations on travel and gatherings are lifted. If you would like to receive a notification of Cathy’s Celebration of Life, please email ajblmb@yahoo.com . The family would like to extend their heartfelt gratitude and love to all the amazing Dr’s, Nurses, and medical staff of Ukiah Valley Medical Center, Cloverdale Health Care Center and Sutter Santa Rosa Hospital. In lieu of flowers please consider a donation in Cathy’s name to the American Cancer Society or the Rheumatoid Arthritis Foundation.
Arrangements are under the direction of Eversole Mortuary.


To order memorial trees or send flowers to the family in memory of Porzio, Kathleen Joan, please visit our flower store.