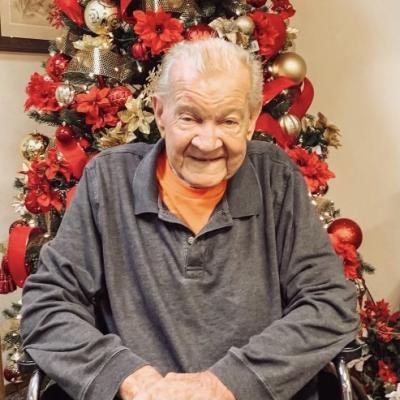 Obituary:
Allen Prior passed away in his sleep at the age of 90 on May 22, 2021. He was born March 30, 1931 in Washington DC but was raised in Ida Grove, Iowa. As a teenager his family moved to LA where he met his wife Rae.
After serving a tour of duty with the army during the Korean War, Allen and Rae moved their family to Ukiah in 1962 where they started their family business the Forks Ranch Market. Together they ran the family store until 1996. Allen had enjoyed activities such as flying planes, playing bridge, traveling and bicycling.
Allen is preceded in death by his wife of 56 years Rae, his siblings Cheryl Follett and brother Ron Prior, his grand-son Dylan and his son-in-law Randy who had continued on with the family business.
He is survived by his three children son Geffery, daughter Susan, daughter Nancy, grandkids Wendy and husband Bart and their kids Gavin, Lauren and Nathan, grandson Jacob and wife Holley their daughter Laylla, granddaughter Megan and husband Will, granddaughter Laura and fiancé James their daughter Leila, his brother John Prior and wife Peggy, sister in law Gena Prior and numerous nieces and nephews.
Allen’s family would like to thank Dalistan Care Home for the care Allen received this last year.
Graveside services will be June 2nd 2021 at 2PM at Ukiah Cemetery
Donations in Allen’s name can be made to Alzheimer’s Association.


To order memorial trees or send flowers to the family in memory of Prior, Allen, please visit our flower store.