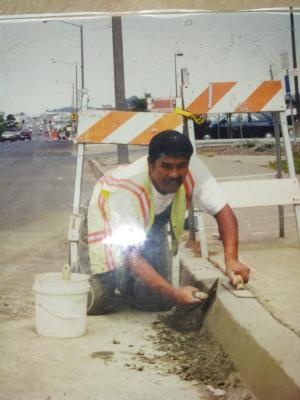 Obituary:
Sebastian Thomas Rabano also known as Sammy Jr. by his family was born on April 24th 1953 in Sacramento CA & passed away on April 12th 2022 in Ukiah CA. He was a member of the Round Valley Indian Tribes. He is survived by his wife of 30 years Rhonda Rabano & partner Tamara Shuster of 12 years. He is also survived by his 5 children : Craig Rabano of Redwood Valley, Cristy Rabano of Santa Rosa, Sebastian Rabano III of Ukiah, Skyler Rabano of Willits, Veronica Rabano of Ukiah & his sister Patricia Rabano of Redwood Valley. Sam had 18 grandchildren & numerous nieces and nephews. He is preceded into death by his mother Arvagene Rabano of Round Valley, father Sebastian Rabano Sr of Elucasur, Philippines. & his 2 brothers Carlos Rabano & Michael Rabano both of Round Valley.
A viewing will be held on Saturday from 10 am – 1 pm. A funeral will take place at 1 pm at the Eversole Mortuary.

To order memorial trees or send flowers to the family in memory of Rabano, Sebastian Thomas, please visit our flower store.