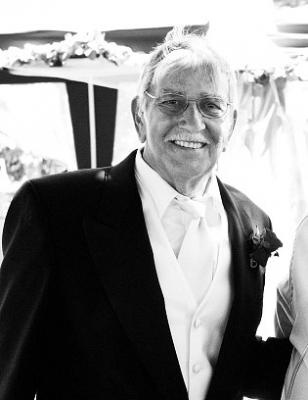 Obituary:
John Frank Rains, 82, entered into rest peacefully on Sunday, November 5, 2017 at his home surrounded by loving family. He was born in 1935 to Roger and Isabel Rains in Oakland, CA. He graduated from Gompers High School in Richmond, CA and served in the US Army. He was employed at Masonite and owned a mom and pop store, Handy Market, for over two decades. After he retired in the 1990’s, he went on to work as a custodian for the County of Mendocino until 2008 when he was forced back into retirement due to illness.
John will always be remembered as a kind hearted warm soul. He was a hard working, strong, respectful man, working two jobs much of his life. In his younger years, he enjoyed abalone diving, hunting, watersports, motorcycle riding, and sponsoring race cars at Ukiah Speedway. He loved to travel with his family and was always an avid reader. John was very patient with children, had the ability to calm babies when no one else could, his heart and home were forever open to anyone in need. He served as a positive male role model in so many people’s lives. In addition to being kind hearted, John constantly made people laugh with his dry sense of humor. He was hilarious, cracking jokes wherever he went (even in very difficult situations). He loved sports, specifically NASCAR, the Oakland Raiders, Golden State Warriors, and the San Francisco Giants.
John is survived by his wife of 56 years, Concepcion (Connie) Rains, daughters, Tami Angelica Rains of San Francisco and Linda Rains of Salem, Oregon, granddaughter, Erica Gonzalez, and great grandchildren, Concepcion and Xavier Gonzalez all of Ukiah. He is also survived by his sister, Helen (Art) Shahan of Fairfield, CA, and sisters and brothers in law, Rod and Josie Vargas, Vera Vargas of Ukiah, Pat Rains of Oklahoma, and numerous nieces, nephews, and loving family and friends. John was preceded in death by his parents, Roger and Isabel Rains, his sons, Kelly and John Mitch Rains, and his siblings, Ginger Occelli, Margaret Caravetta, Sally Erckenbrack, and Roger Rains.
Visitation will be held from 2 p.m. to 8 p.m. on Thursday, November 9th at Eversole Mortuary in Ukiah. Funeral services will be held on Friday, November 10th at Eversole Mortuary at 12 noon with a reception to follow. John will be laid to rest at Ukiah Russian River Cemetery District on Monday, November 13th at 11 a.m. All are welcome.


To order memorial trees or send flowers to the family in memory of Rains, John Frank, please visit our flower store.