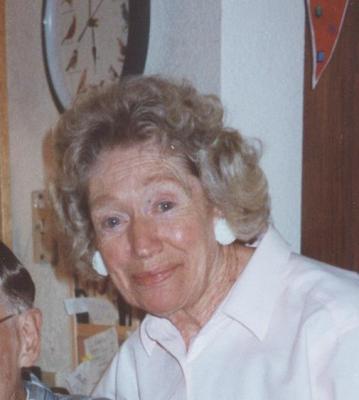 Obituary:
Betty Jean Rawleigh, 90, passed away after a brief illness, on November 4 at UVMC. Betty Bedsaul was born March 31, 1926 to parents Kenneth Lloyd Bedsaul and Edra Madge Clements in Deadwood, South Dakota. The oldest of three children, Betty and family moved several times following her dad's job with Western Pacific Railroad. They moved from South Dakota to Denver, and then to Elko, Nevada and then Oakland and Oroville, Ca. Betty graduated from Oakland Tech High School in 1944. Her first job was selling men's clothes in Oakland. In 1950 she married, Navy chief Alton “Red” Rawleigh. They resided in San Diego, Guam, Hawaii, South Vietnam and back to Concord Ca. Betty and Red finally settled in Ukiah in 1973. Red drove a school bus and trucks and Betty worked as a teller at Savings Bank, at Fjords, and as a packer for Alex Thomas Pear Shed. Betty enjoyed traveling in the camper with Red all over the west and they spent many summers working at National Parks. After Red passed away in 2004, Betty spent many days helping in the classroom of her niece Jan Steliga at Nokomis School where everyone, including the principal, called her "Aunt Betty”. She also began teaching Sunday school at her church. Betty is preceded by her husband Red, her parents and brothers Bob and Jim. She is survived by her nieces and nephews, Jan Steliga, Jill Jenkins, Jean Napoli, Ken Bedsaul, Shelly, Michael, Eddie, Sandy Bedsaul Bruce Peterson and Steve Peterson. Services will be at Faith Lutheran Church 560 Park Blvd. on Sunday, November 20 at 2 PM. Donations in Betty's name may be made to Faith Lutheran Church or your favorite charity.


To order memorial trees or send flowers to the family in memory of Rawleigh, Betty Jean, please visit our flower store.