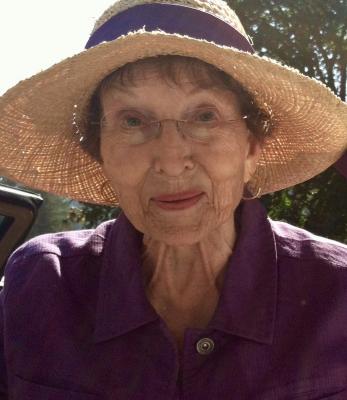 Obituary:
Longtime Mendocino Coast and Ukiah resident Loisjean Balyeat Raymond-Simmons, age 92, passed away peacefully at her home in Santa Rosa on Friday, August 2. In her last days she was surrounded and cared for by family and friends; she continued to be a wizard at crossword puzzles and word jumbles, and she played a mean game of Scrabble right up to the end.
Loisjean was an active and vital member of the Mendocino community. Her strong Christian faith and devotion were reflected in her years of service to the Mendocino Presbyterian Church, where she was Clerk of the Session, editor of the church newsletter, and an active participant in Bible studies, church book groups and more.
In addition, she and her late husband Bob Raymond acquired several commercial and residential properties in the town of Mendocino and beyond. Loisjean insisted on understanding and managing the many intricate details of their shared work. She was a compassionate and devoted businesswoman who through the years valued her relationships with tenants, employees and contractors. As recently as June of this year, she was a featured guest at the gala opening of the Fog Eater Cafe in Mendocino, an event she cherished as a highlight in her long and remarkable life.
Lois Eugenia Balyeat was born in Great Falls Montana. Her family often moved throughout her childhood, eventually settling in Ukiah in the early 1940s when her father, Ernie Balyeat, became manager of the Ukiah JC Penney store. Loisjean graduated Phi Beta Kappa from UC Berkeley in 1948 and the same day married Robert Lee ‘Bob’ Raymond, a Stanford Law student and also a native of Great Falls. While initially settling in Bakersfield, CA, they relocated to the Mendocino Coast in 1970. Bob and Loisjean were married for 61 years, until Bob’s death in 2009.
Loisjean had a penchant for personal growth and reinvention. Initially a traditional home-maker and mother to five children, she became an accomplished, self-taught architect and designed many tasteful and functional structures, both residential and retail. She loved to travel. She and Bob visited all of the 50 United States, wearing out two motorhomes in the process. They traveled the globe and set foot on every continent (including Antarctica!) save Africa. She discovered “her sport” in the form of bicycle riding and pedaled well into her late 80’s.
Remarkably, after Bob’s passing in 2009, she became reacquainted with and married John Simmons, Sr., a former Mendocino Schools superintendent. The two of them lived in John’s longtime home in Ukiah, and Loisjean delighted in pedaling around the town and pointing out landmarks (“I kissed a boy under that tree,” and “The church where Bob and I married doesn’t look any different!”). That lovely chapter came to a close with John’s death in September, 2018.
Loisjean is survived by her five children, Jennifer, Steve, Mark, Patrick and Christopher, two step-children John, Jr., and Tracy, ten grandchildren, and a host of other family members and friends who remember with gratitude her intelligence, faith, and creativity. She worked hard and played hard and was a blessing to many, right up until her last breath.
A memorial service will be held at Mendocino Presbyterian Church on September 21 at 2 pm.
The family asks that gifts in memory of Loisjean be made to the Humboldt Spay Neuter Clinic in Eureka, CA, or to the Mendocino Presbyterian Church.


To order memorial trees or send flowers to the family in memory of Raymond-Simmons, Loisjean Balyeat, please visit our flower store.