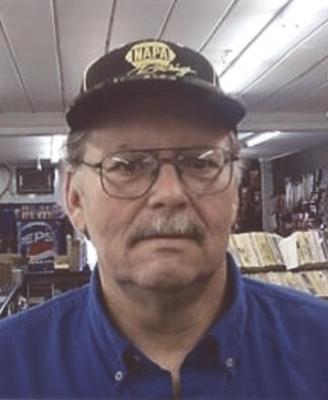 A Celebration of Life will be held for Edward A. Reid of Redwood Valley on Saturday, August 29, 2015 at 1 p.m. at Bill and Judy Walters 1130 Road C Redwood Valley, CA. It will be a Barbeque.
Born August 28, 1954 in Alturas, CA, Edward passed away on July 31, 2015 at CPMC in San Francisco with his family by his side. Edward attended Ukiah High School, served in the US Military and worked as a Counterman for Napa Auto Parts for 17 years. He loved to ride his Harley and was very proud of being a dad and grandpa. He will be remembered for the love for his family, his kindness and giving. He was a fighter, he fought all the way to the end until God said “Come to Me.” His favorite phrase was, “ Just teasin’.”
He is survived by his father Howard Reid of Redwood Valley, son Mikel Reid and wife Sherry, granddaughter Destiny Reid, grandson Austin Reid all from Buffalo, MO, sister Judy Walters and husband Bill Walters of Redwood Valley, nephews Wade Walters of Las Vegas, Cory Walters and wife Tia, great nieces Shelby Walters, Baylie Walters and Samantha Courtney all of Ukiah, niece Ashley Walters of Redwood Valley, sister Cindy McDougall and Joe of Calistoga, nephew Brett Reid of Portland, OR, nephew Chris McDougall of Rohnert Park, niece Dani McDougall of Salem, OR, great niece Lexi Ochoa, great nephew Julio Ochoa III, daughter Miranda and Chris Thompson, granddaughter Lucy, grandson Gabe, aunt Tiny Grice of Fortuna, cousins Debbie and Ron Dockins of Fortuna and cousins Byron and Jason Dockins. He was preceded in death by his mother Geneva Reid, son Douglas Reid, great nephew Peyton Walters and grandparents Ira and Dora Speers.

To order memorial trees or send flowers to the family in memory of Reid, Edward A., please visit our flower store.